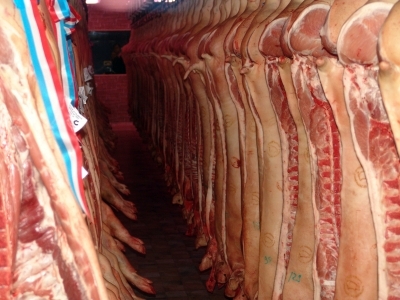 During the first half of the year meat imports to Russia fell by 37% year-on-year, while the country's own meat production rose by 4%, clearly to compensate the losses, according to data from Rosstat, the Russian State Statistics Service.

The Russian market is experiencing serious problems due to a deficit in some types of product and rising prices, but the situation is moving in the right direction, according to country's minister of agriculture Nikolai Fyodorov.

Experts noted that the increase in production is associated with a temporary increase in slaughter, especially among small farmers who have responded to high prices for meat, as well as in connection with the new rules on meat processing, which in the first half of the year forced many small farmers to dispose of livestock.

It seems Russia is not going to stop implementing new restrictions on meat imports. Since 21 July, Rosselkhoznadzor has significantly tightened the rules on meat imports from third countries that have been delivered in transit through the European Union (EU). These restrictions include any meat transported through the EU in vehicles and containers sealed in the exporting country.

In addition, the goods must be accompanied by the original veterinary certificate of the country of origin. According to Rosselkhoznadzor, these actions have been taken to improve the effectiveness of measures aimed at preventing the import of pathogens and dangerous products of animal origin into Russia.
Source: Rosstat