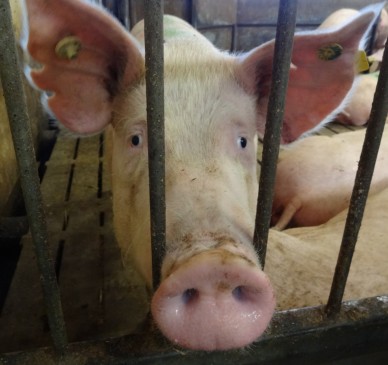 RUSSIA, Moscow Russian veterinary body Rosselkhoznadzor has sent a request to the veterinary service of Ukraine to conduct investigations into several outbreaks of PEDv in the country.

Rosselkhoznadzor has learned that the virus is spreading in Ukraine uncontrollably and could spill over to neighbouring countries, causing serious damage to pig producers.

Rosselkhoznadzor's report on the situation states that, in Ukraine, the so-called Asian-American strain of PEDv has been discovered, which is much more dangerous than the European strain and results in almost 100% mortality in pigs. The virus was discovered in the central Ukraine territory by world-renowned British veterinarian John Carr, who conducted sequencing of the strain in  the UK and confirmed his assumption that the virus found in Ukraine is the virulent Asian-American strain, and not the European strain.

According to Rosselkhoznadzor, this situation is alarming as the disease has been spreading in Ukraine since the spring of 2014, but so far there is very  little information about it available. The Russian veterinary body said that, previously, the disease claimed the lives of several million pigs in North America and, according to the study by Dr. Carr, it could result in the deaths of up to 35 mill. pigs in Europe.

In this regard, Rosselkhoznadzor has asked Ukraine's State Sanitary and Veterinary Service to present the results of epizootic investigations into the appearance and spread of the detected strains of PEDv in Ukraine, scientific data on the virulence of the strain, as well as information on measures taken to eliminate and prevent the spread of infection as soon as possible.

Experts pointed out that the Russian veterinary services primarily feared the disease could move into the border areas with Ukraine, including the Belgorod, Voronezh and Tambov Oblasts, where more than a quarter of all pigs in Russia are located.

In addition, experts noted that the situation was complicated by the conflict in the south eastern Ukraine, which is why the implementation of veterinary control in the region was seriously hampered. Ukraine veterinary service offices located in the territories controlled by militias are not operating at present. So the possibility of outbreaks in the region is great, as both large and small pig farms with different levels of biological protection are located there.
Source: Rosselkhoznadzor