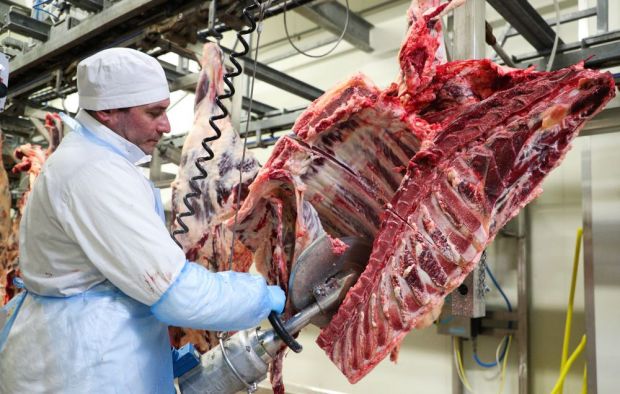 In 2019, the large companies in the Russian slaughter industry continued the rapid growth of recent years.

RUSSIA, Moskow. The large meat companies in Russia gained further market share last year and were responsible for more than half of the meat production.

According to "Agroinvestor.ru", the top 25 companies produced a total of around 5.4 mill. t of meat in carcass weight (cw), which was 420,000 t or 8% more than in 2018, with the Cherkizovo group of companies leading the ranking of the largest meat producers for the fifth year in succession. The listed Group produced almost 830,000 t of cw poultry and pork; compared to the previous year, this was an increase of 128,000 t or 18%.

Second place went to Miratorg, the country's largest producer of pork and beef. There, production including lamb and poultry meat increased by 8% to 554,000 t compared to 2018. Third place in the ranking was taken by the Resurs Group with a 5% increase in chicken meat production to 645,000 t live weight (lw), which corresponds to about 483,700 t cw.

An agglomeration called Tkachev climbed from fifth to fourth place. There, meat production rose by 80,000 t or 28% to 365,000 t compared to the previous year due to the higher processing of pigs and chickens. In contrast, the Prioskolje group of companies lost one place in the ranking and slipped to fifth place. The reason for this was that in 2019 operating units were sold and poultry meat production fell by almost 11% to 452,000 t of pork and 339,000 t of cw.