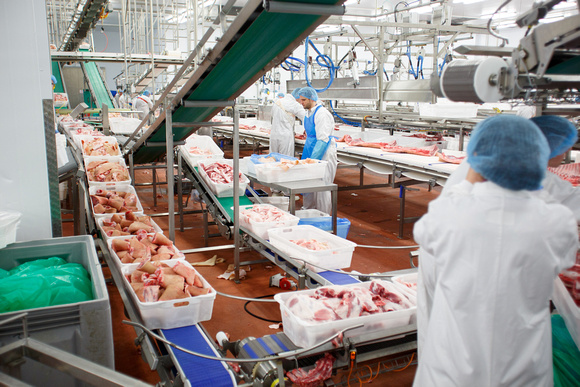 IRELAND, Edenderry, Co Offaly. Rosderra approached Emydex in 2015 with a view to replacing their existing traceability and production control systems operating across the group that were approaching end-of-life. After winning a competitive tender process, Emydex was awarded the contract to supply a new factory floor data capture IT solution that operates door-to-door across the group’s four main operating plants.


Rosderra Irish Meats Group is the largest pork processing company in Ireland. The group processes over 1.5 mill. pigs per annum across their two state-of-the-art processing facilities at Edenderry, Co. Offaly and Roscrea, Co. Tipperary. In addition, Rosderra have a specialty meat ingredients facility in Clara, Co. Offaly, a pork-curing facility in Jamestown Co. Leitrim, and a cooked meats facility in Stradone, Co. Cavan.

As part of the initial project phases, Emydex worked with Rosderra’s IT integration partner to build robust interfaces to the group’s SAP system. Integration points were built using AS2 and XML transfer files to allow Emydex to pull products, materials and customer files from SAP, as well as customer sales orders destined for both Rosderra production sites as well as 3rd party cold stores, and later to send updated Stock data back to SAP for stock valuation and available-to-promise purposes.

Presently the project is in final phase, that covers the Abattoir operations at both Edenderry and Roscrea including a centralised slaughter plan and livestock appointments system, weigh-bridge integration, lairage bookings, bulk sequencing as well as detained and pig grading stations. Reporting will include a real-time slaughter line monitor program that will accurately display the status of the slaughter with analysis by lot. Slaughter line analysis can be displayed in both tabular and graphical reporting formats.