Romania: Urged by the EU to halt live animal ...
Romania

Urged by the EU to halt live animal exports 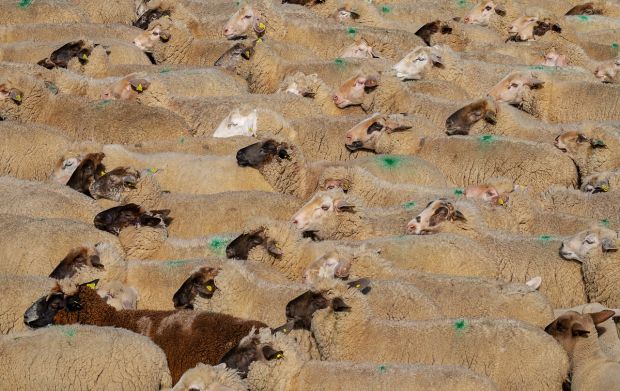 FRANCE, Lyon. Romania, the EU's largest livestock exporter to third-countries, was urged by the animal welfare associations and EU officials to complain about the European legislation and stop the shipping of live animals in the Middle East region during the summer season.


Currently, Romania is preparing to export 70,000 live sheep to the Gulf countries and Brussels has already warned that extreme temperatures would make it impossible to guarantee the animals would not suffer in transit, according to Euronews.

“We have received footage showing terrible conditions in which animals were transported by livestock vessels to the Persian Gulf during the summer,” said Vytenis Andriukaitis, EU Commissioner for Health and Food Safety in a letter to Romania’s agriculture and rural development minister, Petre Daea.

The weather forecast for the Gulf region is showing temperatures over 46°C. The EU legislation bans the shipping of animals when the temperature is over 30°C. "We find it deeply regrettable that while other countries are recognizing the true horrors of live export, including to the Middle East, Romania is turning a blind eye to the hundreds of thousands of sheep and thousands of cattle suffering long journeys to the Middle East in extremes of heat, resulting in unimaginable suffering,” said Vanessa Hudson, leader of the Animal Welfare Party.

In a TV intervention, minister Daea said that under no condition would he consider the halting of the export.

On the other hand, Mary Pana, president of the Associations of Breeders and Exporters of Cattle, Sheep and Pigs considers that the industry is losing money by exporting live animals instead of carcasses and processed meat with a higher added value. "The animals should be kept in the country and processed here, after they reach target slaughter weights", she said.