Lower annual profit for Bell in 2018 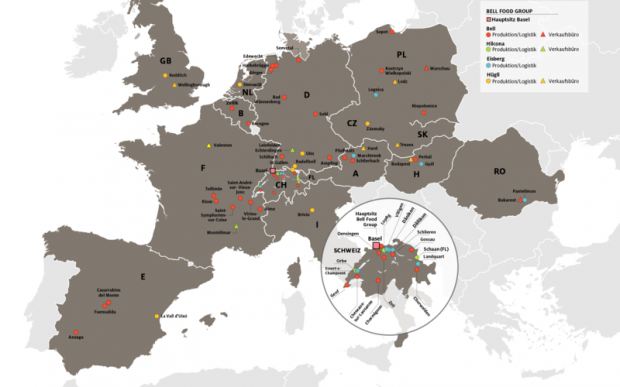 The Bell International division once again improved its sales revenue and sales volume in the 2018 financial year.

In the reporting year, Bell Switzerland increased both its sales revenue and sales volume and thus gained market share in a generally stable market for meat products and sausages (charcuterie). While the retail market remains under pressure, food service sales trended positively. The decline in the first half of the year was halted in the second half by the countermeasures that were introduced promptly. A weak Christmas season, however, wiped out some of the progress achieved.

The Bell International division once again improved its sales revenue and sales volume in the 2018 financial year. All business units of Bell International contributed to this growth. Because of higher personnel expenses and rising feed prices, the poultry business in Austria and Germany did not develop as planned. Sales of organic poultry in Germany lagged behind expectations. Countermeasures managed to partly halt the decline in the second half of the year. The targeted price increases, in particular, could not be introduced until November 2018.

The integration of Hügli and Sylvain & CO will be finalised in 2019. The foundation for the exploitation of synergy potential was laid at Hügli in 2018. This should make a substantial contribution to the result of the Convenience segment in 2019 and the following years. At the same time, the new convenience facility in Marchtrenk, Austria will stimulate the Bell Food Group's strategic growth in the Convenience segment. In addition, the measures to improve results which were launched in the reporting year will demonstrate their effect throughout the year in 2019.