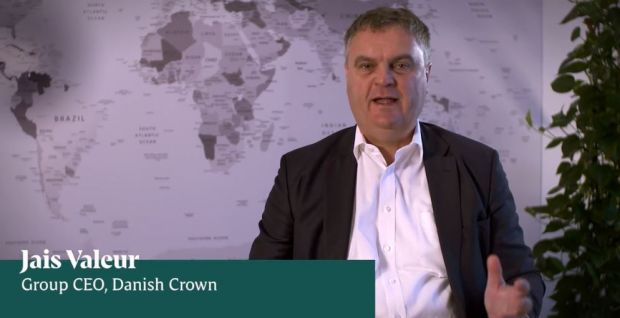 "We’re seeing a positive development in our processing companies as well as record increases in the price of pork, so while the settlement paid to our owners was critically low in the first half of the year, supplying pigs to Danish Crown has been good business in the second half," comments Jais Valeur, CEO DC.

DENMARK, Randers. Danish Crown has posted strong results for the 2018/19 financial year despite major challenges in the first half of the year under review. Record exports to Asia and satisfactory results by the group’s processing companies have generated DKK 500 mill. more for their Danish farmers.

Financially, the company ends the year in a stronger position. Their net interest-bearing debt has been reduced by net DKK 800 mill., which has strengthened the group’s balance sheet.

In the past year, the world market for pork has undergone the most dramatic changes. At the same time, positive developments in the group’s processing activities have led to a 21% increase in profit from ordinary operations, up from DKK 2,091 mill. in 2017/18 to DKK 2,522 mill. Revenue is up from DKK 53,551 mill. to DKK 56,506 mill., equating to growth of 6% year-on-year.

Despite an increase in the raw material price of pork of more than 40% in the second half of the year, our Polish business Sokolów has posted a 25% increase in earnings, which is a historical high following the acquisition of the competitor Gzella. Danish Crown Foods has recorded solid earnings, with Baconspecialist  Zandbergen and Danish Crown Toppings acquisitions returning particularly strong results, although the margins on, among other things, fresh meat and canned products remain under pressure.

The exports to Asia, especially China, which has been severely affected by African Swine Fever, were boosted significantly during the year. Total pork sales to China alone are up 29%, when measured in kg, while the total value of exports is up 63%.