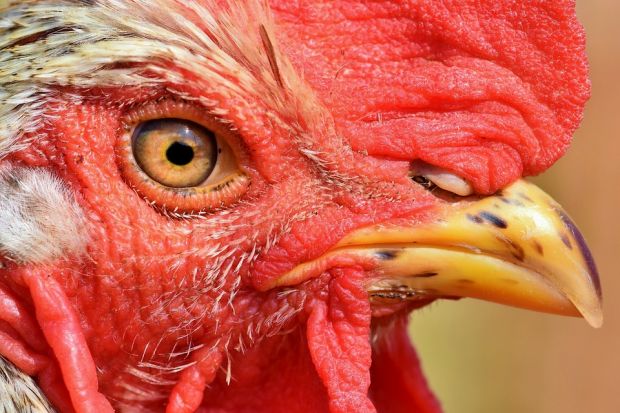 The central point of the co-operation project Integhof was not to use specialized and different breeds for meat and eggs, but to use a so-called dual-purpose chicken.

GERMANY, Hanover. Well-known research institutions in this country have been looking for alternatives for problem areas in chicken farming. They should be economically viable, provide healthy food and improve consumer acceptance.

The project ran from August 2015 to March 2019 and was funded from the federal government's special-purpose assets at the Landwirtschaftliche Rentenbank as well as by various industrial partners. Participants were the Free University of Berlin, the Institute for Animal Welfare and Animal Husbandry of the Friedrich Loeffler Institute in Celle, the Georg August University of Göttingen, the University of Hohenheim, the Leibniz Institute for Farm Animal Biology, the Boehringer Ingelheim Veterinary Research Center, Lohmann Animal Breeding and Big Dutchman.

The researchers examined experimentally and in addition practical on the teaching and research property Ruthe of the veterinary university of Hanover (TiHo) a new concept for the poultry attitude: The central point of the co-operation project Integhof was not to use specialized and different breeds for meat and eggs, but to use a so-called dual-purpose chicken.

The hens of the dual-purpose chicken of the "Lohmann Dual" line were used for egg production, the cocks for meat production. The killing of the male chicks of the laying hen lines can thus be avoided. Furthermore, this holistic concept aims to improve animal welfare by reducing stress on the animals and decelerating performance, according to the TiHo.

After more than three years of research, the scientists have now presented their results. For example, the laying performance of the animals has been scrutinised. Conventional laying hen lines produce about 300 eggs per year. According to the information provided, the number of eggs in dual-use hens was on average about 50 fewer. The dual-use cocks grow more slowly and must be fattened accordingly longer. Conventional fattening lines are fattened for about 32 days on average. When slaughtered, they weigh about 2 kg. The dual-purpose cocks would have to be held for about twice as long to reach this weight. The researchers stress that the animals have to be slaughtered in a laying hen slaughterhouse due to their different physique from the typical broiler chicken.

The researchers also found differences in the animals' behaviour during the course of the project. The hens and cocks of the dual-purpose chickens were much calmer and easier to handle than the comparable animals of a conventional laying hen line. The cocks of the dual-use line were significantly more mobile than conventional broiler chickens of the Ross 308 line. It was noticeable that the hens of the dual-use line had an almost intact plumage until the end of the respective laying period. The animals of the comparison line showed in part considerable feather losses at different body regions. These feather losses were due to feather pecking in the high performing comparison chickens.

The cocks of the dual-purpose chickens have a lower protein requirement compared to the reference line, so that a protein-reduced feed can be used for the dual-purpose cocks compared to the conventional feed without negatively influencing their performance. This would have ecological and economic advantages, according to the researchers. The hens tend to become fatty when fed conventionally. If they are fed a fibre-rich, nutrient-reduced feed, their body fat content is significantly lower and their laying performance is better. Since the feed used is cheaper, it reduces the losses caused by the poorer laying performance compared to conventional laying lines.

As a rule, farms specialise in different segments: the rearing of laying hens, egg production or poultry fattening. In the Integhof project the young hens were reared, the hens used for egg production and the cocks used for fattening. From an animal health and hygiene point of view, keeping the chickens on a farm was easy, which was confirmed by continuous sampling and further laboratory testing, the TiHo continued.