Research: Insects are a sustainable source of...
Research

Insects are a sustainable source of omega-3 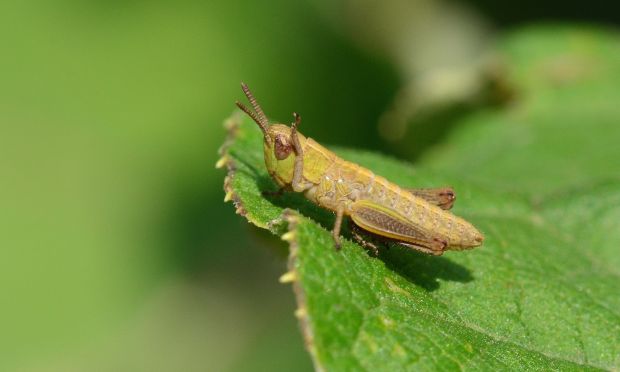 NETHERLANDS, Wageningen. Insect oil is a possible new source of the healthy omega-3 fatty acid. Insects make fatty acids by nature and can live on organic waste. Wageningen University examines which insects can best be used for oil and what their optimal diet should be.


Insects are already used as a source of protein for man and beast. In the protein extraction process also oil is extracted. This insect oil is currently thrown away. That is a shame, proves researcher Daylan Tzompa Sosa of Wageningen University.

In her PhD-research, Tzompa Sosa looks at milkfats. Out of curiosity, she once did similar fat analysis with oil that was left over after protein extraction of insects by a lab colleague. “The oil appeared to contain a lot of fatty acids, both saturated and unsaturated.” In addition, Tzompa Sosa demonstrated that the oil can be extracted in an environmentally friendly way, giving also the highest return and the best quality oil compared to other processes. Tzompa Sosa extracted oil from for instance meal worms, beetle larvae, crickets, cockroaches, grasshoppers and soldier flies. “All the oils smell differently, some nicer than others”, the Wageningen scientist says.

The industry is interested in sustainable fatty acids like omega-3 and lauric acid. The main source for omega-3 is currently fish. It is added to the feed of cats and farm raised salmon, to foodstuffs and put in capsules. “Cats die when they get a full vegetable diet without these additives. That is why they normally eat meat. Farm raised salmons get wild caught fish or fishmeal instead.” Also humans need to take in a certain amount of fatty acids. Lauric acid (also to be found in coconut oil for example) is supposed to have bactericidal and virus obliterate qualities. Furthermore, the use of insect oil in for example cosmetics is obvious.