Research: Infection with ASF via ingestion of...
Research

Infection with ASF via ingestion of flies 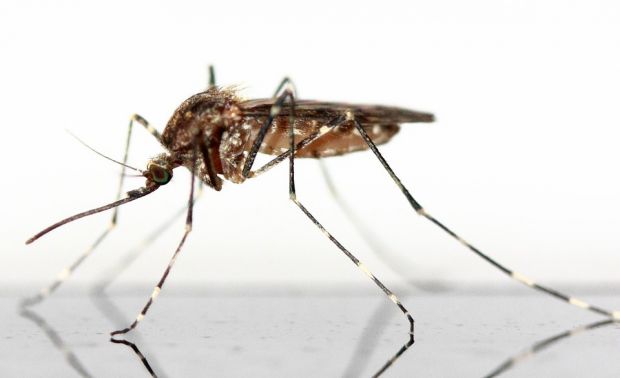 A study by Danish researchers is investigating whether pigs can become infected with ASF by eating flies.

DENMARK, Lyngby. Within Eastern Europe, African swine fever virus (ASFV) has unexpectedly spread to farms with high biosecurity. In an attempt to explain this process, pigs were allowed to ingest flies that had fed on ASFV‐spiked blood, which had a realistic titre for an infected pig. Some of the pigs became infected with the virus. Thus, ingestion of blood‐sucking flies, having fed on ASFV‐infected wild boar before entering stables, represents a potential route for disease transmission.

Mechanical transmission of ASFV by the stable fly, Stomoxys calcitrans, during feeding has been reported (Mellor, Kitching, & Wilkinson, 1987). Thus, stable flies that feed on wild boar and subsequently feed on domestic pigs represent a potential route for spreading ASFV. However, farms with HB generally have double fencing to create a buffer zone to prevent proximity of wild boar to the stables. As stable flies both breed and feed on farms (Foil & Hogsette, 1994), they may not move frequently across this zone.

In contrast, blood‐feeding horse flies (family Tabanidae) are strong flyers (Cooksey & Wright, 1987) and have been observed near ventilation openings of an ASFV‐infected HB farm in Lithuania (R. B. René Bødker, unpublished data). These flies do not breed in stables (Foil & Hogsette, 1994) but emerge from semiaquatic habitats outside the farms, where they may have contact with wild boar before entering the stables. The Tabanidae are known to be mechanical vectors for viral pathogens (Krinsky, 1976), but they usually do not feed inside dark stables as they are positively phototrophic (Middlekauff & Lane, 1980). Tabanidae, however, are large enough that pigs may chase and eat them or accidentally ingest them during feeding. It has been proposed that analysing the effect of ingestion of insect vectors should be prioritized (Guinat et al., 2016). They have studied experimental ASFV transmission to pigs via oral uptake of flies previously fed on blood from ASFV‐infected pigs. Stomoxys calcitrans has been used as a model for blood‐feeding flies, as they are readily caught and fed.

It is unlikely that ingestion of blood‐fed flies is a common route for transmission of ASFV between wild boars or between pigs within a stable. However, when bearing in mind the biology of the flies, the results indicate that Stomoxys flies could be one possible route of transmission over short distances (e.g., within farms), while larger flies, such as the Tabanidae, might explain some longer distance examples of ASFV transmission (e.g., into and between farms). In conclusion, blood‐feeding flies could be a route for the observed, but unexplained, introduction of ASFV into farms with HB. Such transmission seems readily preventable (e.g., using ventilation filters). Keeping these findings in mind, future studies investigating the role of Tabanidae and other large blood‐feeding flies in the transmission of ASFV are warranted.