Major disruption in food and agriculture in next decade 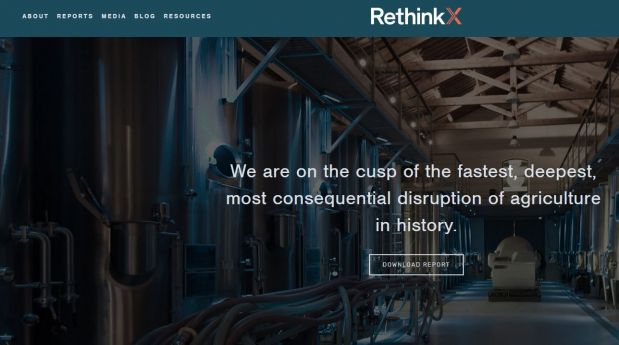 The new report focuses on the food industry, but the same technology is poised to disrupt and blur the lines that separate food, cosmetics, healthcare and materials.

USA, San Francisco. The fastest, deepest, most consequential disruption of food and agriculture in history, driven by technology and new business models, is underway. By 2030, modern food products will be higher quality and cost less than half the price of the animal- derived foods they replace, the dairy and cattle industries will have collapsed, and the rest of the livestock industry will follow.


That’s according to a new report, “Rethinking Food and Agriculture 2020 to 2030 -The Second Domestication of Plants and Animals, the Disruption of the Cow, and the Collapse of Industrial Livestock Farming,” released by RethinkX, an independent think tank that analyzes and forecasts the scope, speed and scale of technology-driven disruption and its implications across society.

Highlights of the report findings include:

The new report focuses on the food industry, but the same technology is poised to disrupt and blur the lines that separate food, cosmetics, healthcare and materials. The sheer scale of this market opportunity will create a virtuous cycle, attracting talent and investment, increasing research and development, improving products and processes and inventing new ones, accelerating market growth, driving down costs and driving up adoption.

For policymakers, the report identifies critical choices that can accelerate or slow down disruption or impede its size and scale, and can expand or contract its benefits.