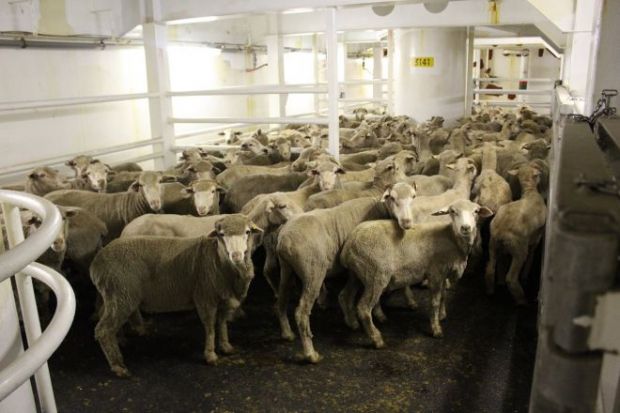 The moratorium, to take effect from 1 June 2019, will mean no shipments of Australian sheep will depart any Australian port for the Middle East during the highest heat stress risk period of the northern summer.

AUSTRALIA, Canberra. Australian livestock exporters have written to Western Australian sheep producers, advising of a new three-month moratorium in sheep shipments to the Middle East during the Northern Hemisphere summer.

The moratorium, to take effect from 1 June 2019, will mean no shipments of Australian sheep will depart any Australian port for the Middle East during the highest heat stress risk period of the northern summer.

Australian Livestock Exporters’ Council (Alec) independent chairman Simon Crean said the moratorium would provide certainty to sheep producers who supply the trade, and was just one initiative which was part of wider ranging industry reforms. Exporters will observe the moratorium while the industry develops new technology which could, in the future, address the heat risk challenges associated with shipments in June, July and August.

In addition to the moratorium, sheep exporters have agreed to initiate a program of transparency and on-board monitoring, to be designed and developed by LiveCorp. The program will improve transparency and communication with producers with regard to on-board conditions and the performance of shipments.

In the seven years from January 2010 to December 2017, Australia’s live sheep exports to the Middle East contributed $2.06 bn. to the Australian economy, exporting 16.6 mill. sheep over 258 voyages. While more than three-quarters of Middle East sheep voyages in the past seven years have recorded mortalities of less than 1%, the majority of the 20 voyages when mortalities were above 1.5% occurred in the June to August northern summer period.

The purpose of Alec’s mandatory Code of Conduct, which was endorsed by the Board and Alec members in September 2018, is to drive cultural change in the industry, require members to address and report on animal welfare issues, earn community trust and ensure the highest standards of integrity. All members of Alec must adhere to the mandatory Code of Conduct. Failure to adhere to the Code may result in suspension or revocation of membership.