Red Meat: Roundtable looks to the future of A...
Red Meat

Roundtable looks to the future of Australia-EU trade 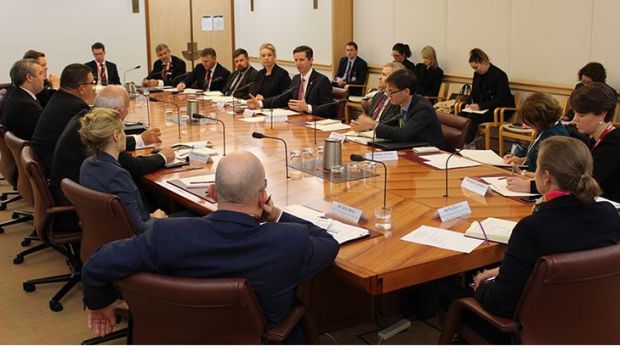 The Australian red meat industry, under the leadership of the EU / UK Red Meat Market Access Taskforce (Taskforce), meeting with the Minister for Trade, Tourism and Investment, Senator Simon Birmingham, and Minister for Agriculture, Senator Bridget McKenzie, in Canberra yesterday to discuss ambitions for trade reform in both the European Union (EU) and the United Kingdom (UK).


Incoming Taskforce chair Andrew McDonald said while recent events such as the US securing a majority country specific share of the High Quality – Grainfed quota (HQB-GF), were disappointing, the Taskforce and the Australian Government remain united in their commitment to secure long-term access for industry’s future trade with Europe.


McDonald commented that the Australian negotiating team was in Brussels this week, engaged in the fourth round of A-EU FTA negotiations. “We look forward to continuing to work with the Australian Government to secure a comprehensive and ambitious FTA outcome with the European Union, and when the UK is ready, in pursuit of liberalised access to the UK, post Brexit,” McDonald said.