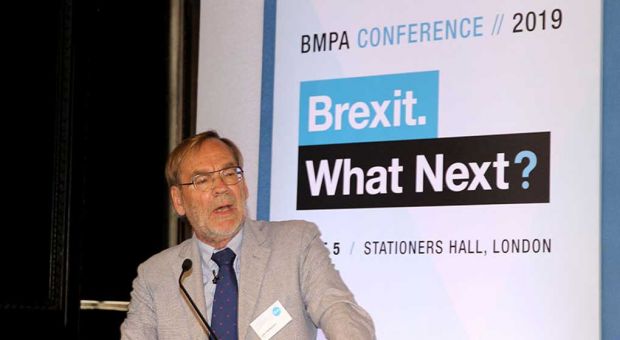 Lars Hoelgaard was blunt in his assessment of the type of deal the UK will have to accept from Donald Trump’s America: “You’re going to take some hormone beef, some chlorinated chicken and some GMOs”.

UNITED KINGDOM, London. This year’s BMPA Conference was dominated by straight talk, which the headline speakers certainly delivered on, and delegates were given a lot more than lunch to chew over.


Rather than listening to the UK politicians putting their spin on Brexit and Britain’s prospects for international trade, BMPA enlisted Bill Westman of the North American Meat Institute and Lars Hoelgaard of the international consultancy TradeUp to ‘tell it how it is’, first from a US and then from an EU perspective.

Bill Westman was keen to emphasise that the US wants to work with the UK and sees „big opportunities around Brexit“, but it became clear that this cooperation would come at a price. Part of that price, Westman explained, is that the US „must have meaningful market access through the elimination or reduction of all import duties and tariff-rate quotas“.

Lars Hoelgaard put it more bluntly: „You’re going to take some hormone beef, some chlorinated chicken and some GMOs’ in order to do a deal with Trump’s America.“ He also cautioned that Britain be giving up 50% of their trade (currently with the EU) in favour of chasing after some „marginal, perhaps non-existent“ trade with the US.

Later in the panel discussion, Peter Hardwick, BMPA’s Trade Policy Advisor, emphasised that there is no way of knowing just how the meat industry will be traded-off against other key industries in future trade negotiations with third countries like the US. Trade deals are about compromise and there will be no „easy deals“ to be done.