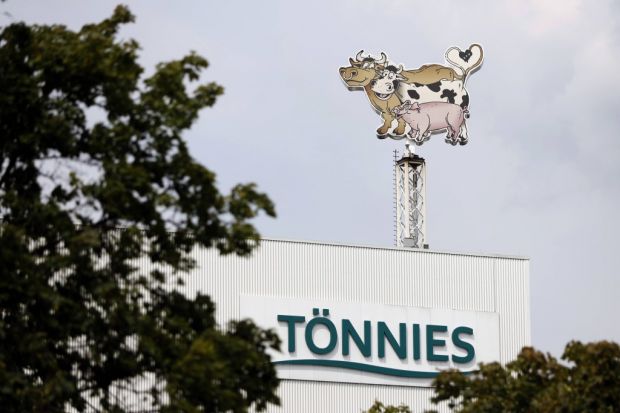 The Tönnies group of companies is also the undisputed leader in the 16th industry ranking of afz and FLEISCHWIRTSCHAFT.


The ten largest corporate groups in the meat industry – including Tönnies, Vion and Westfleisch – reported combined sales of € 21.5 bn. in 2019. That was a full € 1 bn. more than in 2018. The industry has thus returned to growth – as evidenced by the latest afz and FLEISCHWIRTSCHAFT sales rankings.

Last year's booming exports to China brought considerable growth, especially for pig slaughterers. There was great demand for pig meat as a raw material in 2019, a year in which pork prices skyrocketed – much to the annoyance of the processors. 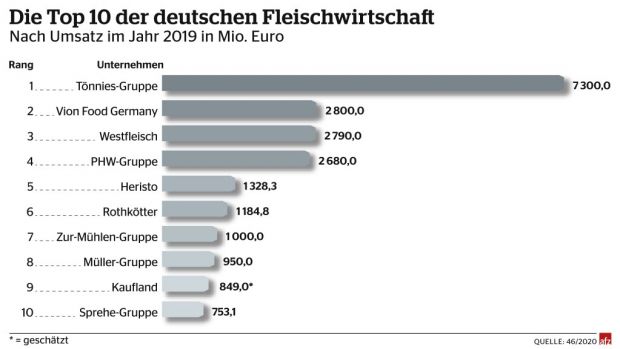 This cost pressure once again had a serious impact on a number of companies, as not all were able to pass on the increased purchasing costs to the retailers. This brought about changes in the list of top meat industry companies as ranked by turnover. The top company, the Zur-Mühlen Group, for example, was able to strengthen its position by making acquisitions, as could Kemper und Reinert by merging to form "The Family Butchers". Some players, like Hermes, dropped out of the market entirely. Major corporations invested in other companies, thus giving them a chance to survive. For example, the Dutch Group of Butchers bought a stake in Gmyrek, 12.18 took over Schlemmermeyer and local investors (including a regional savings bank) bought up shares in Fleischwaren Bautzen. Investing in meat processing remains a lucrative proposition, it would seem.

Companies in the poultry sector continue to post sold growth. In 2019, they also benefited from the decline in pork consumption in Germany. Chicken in particular remains a popular meat for Germans. There is a vast span in the sales figures of the poultry sector. Industry leader PHW's Wiesenhof chicken brand alone had a turnover of just under € 1.5 bn. in 2019, whereas the tenth in the list, Höhenrainer, is set to post an annual turnover of below € 40 mill. Experts believe that the PHW Group alone serves more than 50% of the poultry market. The second largest supplier, Rothkötter, only has a 15% market share. Heidemark, on the other hand, claims to cover more than 50% of the German market for turkey meat.

The supermarket butchers are also growing steadily. Like many meat product manufacturers, they distinguish themselves by offering specialised product ranges for the discount, premium and regional markets while also addressing topics such as animal welfare. The ten largest supermarket butchers together generated turnover of € 3.76 bn. in 2019. By way of comparison, the top three companies in the meat industry reported sales of between € 7 and just under 3 bn. last year.