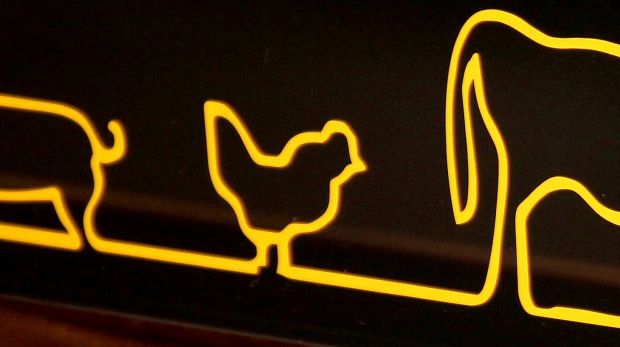 GERMANY, Frankfurt Current rankings of the top 100 companies in the German industry. Overall increase in quantity processed rather than in turnover. Concentration unchanged at high level.


The ten largest groups of companies in the German meat industry reported combined sales of EUR 19.5 billion in 2014. This is shown by the industry rankings being published by afz and FleischWirtschaft (dfv media group) to coincide with the Anuga.


The Russian embargo, the minimum wage and animal welfare - the meat industry had a number of challenges to overcome in the past year. All of which left their mark on the corporate balance sheets: the pig slaughterers were particularly affected by the drop in prices for meat stock caused by the Russian import ban. Despite record-breaking slaughter figures, any increases in the consolidated balance sheets were relatively modest in most cases.

The poultry slaughterers posted a further major increase in sales in 2014. Their products - in particular chicken-based - remain popular with consumers. Sales of the top ten companies in the poultry industry climbed by 2.1 percent to EUR 5.86 billion.

The manufacturers of meat products and sausages ended 2014 with varying results. While some posted increases of five percent, others reported a similar development in the opposite direction. Overall, however, the industry reported increased turnover.

Consistently performing now among the big players in the industry are the supermarket butchers. Edeka is the frontrunner here. The meat businesses of its regional companies posted total sales of EUR 2.62 billion. By way of comparison, industry leader Tönnies reported consolidated sales of EUR 5.6 billion for 2014. The meat processing businesses of the Schwarz Group (Lidl, Kaufland) posted sales of EUR 830 million.