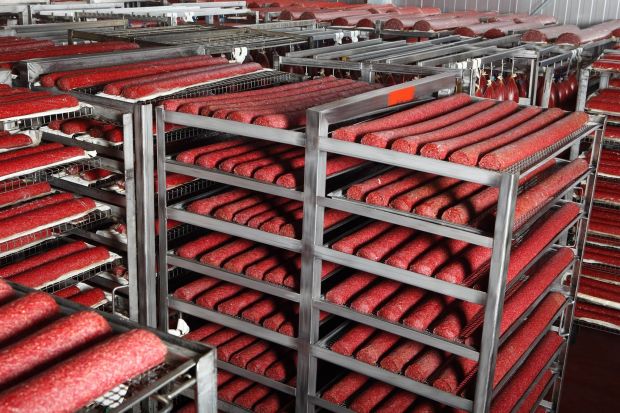 GERMANY, Frankfurt The ten largest companies in the meat industry accounted for combined sales of just under Euro 20 billion in 2015.


This was just over 15 per cent more than five years ago. The sector has once again demonstrated its strength as a growth-oriented industry. This is shown by the rankings of the top 100 companies in the meat industry, compiled jointly by the editorial offices of afz - allgemeine fleischer zeitung and FleischWirtschaft (both part of the dfv media Group).


Tönnies has further consolidated its position as the industry leader. The slaughter company from Rheda-Wiedenbrück secured additional capacity by acquiring Thomsen and the Danish pig slaughterer Tican. The group reported total sales of Euro 6.3 billion and a slaughter figure of 20 million pigs.

Last year's price wars meant that the turnover of the pig slaughterers and meat processors did not match the increasing production numbers in many cases. Like the pork sector, the largest cattle slaughterers also raised their slaughter figures and benefited from the revitalised demand for locally produced beef. afz and FleischWirtschaft noted that the meat marketers are becoming increasingly involved in processing. The poultry sector also posted strong growth rates once again. However, the number one company, PHW (including Wiesenhof), suffered a major blow in the form of a fire at its Bogen site in Lower Bavaria in February 2015 which impacted sales. Heidemark could not match its 2014 sales figures. Europe's largest turkey marketer used the year to push through comprehensive reforms.

The supermarket butchers have also become a firm fixture among the top companies in the German meat industry. The largest of these is Edeka with its 13 butchery operations in seven regions and cumulative sales of Euro 2.65 billion. Rewe is currently seeking a new home for its Brandenburg meat plant which is currently located in the Frankfurt district of Fechenheim. The fate of the Birkenhof retail butcher (with its locations in Donauwörth, Perwenitz and Viersen) is linked to that of the supermarket chain Kaiser's Tengelmann. Operations in North Rhine-Westphalia have evidently already been targetted for closure due to the current circumstances.

The meat industry has discovered vegetarian (and in some cases even vegan) products as a further lucrative source of income. The vegetarian pioneer Rügenwald in particular has seen a sizable increase in revenue of nearly 17 per cent. However, the market for vegetarian meat and sausage alternatives, with an estimated volume of Euro 150 million, is still in its infancy. Sausage sales, by contrast, were slightly up last year at Euro 18.3 billion (previous year: Euro 18.16 billion).