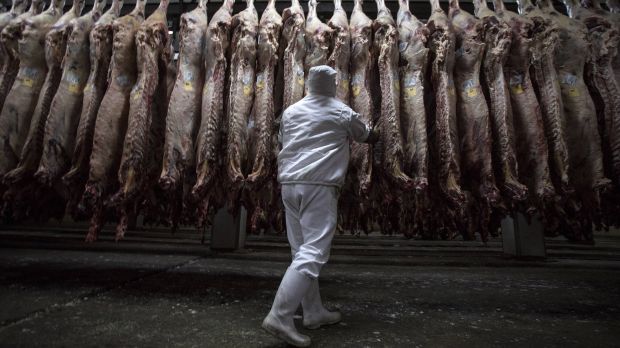 Argentina and Paraguay are missing an important buyer for beef with the Russian export stop.

RUSSIA, Moscow. After finding the growth promoter ractopamine in beef from Argentina and Paraguay, the Russian food authority Rosselkhoznadzor excludes the countries from the Russian market.


Russia will stop its beef imports from Argentina and Paraguay from 18 December. The Federal Inspectorate for Animal and Plant Health (Rosselkhoznadzor) justified the measure with findings of ractopamine in meat. The use of the growth promoter is prohibited in Russian cattle fattening.


Last year the country imported 112,600 t of beef from Paraguay and 39,100 t of Argentine goods. The two countries' share of total Russian beef imports in the current year is estimated at one quarter. Belarus is likely to remain the largest supplier with a share of 40%. The chairman of the National Meat Association, Sergey Yuzhin, estimates that Russia's total imports of beef, excluding offal, will reach 350,000 t in 2019. This would cover 20 to 22% of the expected consumption.