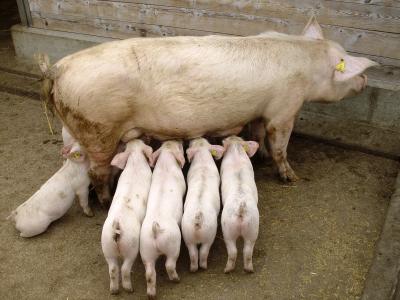 Rabobank recently published a new report on the impact of the porcine epidemic diarrhea virus (PEDV) focusing on the North American herd, forecasting significant impacts on pork production and slaughter through 2015, and identifying the opportunity for U.S. poultry to step into the market gap.

In the report, published by the bank's Food & Agribusiness Research and Advisory team, Rabobank says that PEDV thus far has impacted about 60% of the U.S. breeding herd, 28% of the Mexican herd, and is beginning to develop in Canada.  If PEDV spreads in Canada and Mexico at the pace seen in the U.S., Rabobank says that North American hog slaughter could decline by nearly 18.5 mill. hogs over 2014 and 2014, or 12.5% relative to 2013 levels.  Overall U.S. pork production is anticipated to decline 6% to 7% in 2014, the most in more than 30 years.

The specific origin of PEDV in the U.S. has not been definitively identified but comparison of strains of PEDV in the U.S. has indicated a close relationship with strains in China. What is clear is that once the virus enters a region, it can spread quite easily and rapidly throughout an entire population. The most common avenue is on livestock and farm equipment that come into contact with hogs positive with PEDV or their feces.

In regard to productivity, 2014 will be a story of "the haves and have-nots" where hog producers who experienced mild cases of PEDV, or none at all, could realise margins of more than $60 per head, the highest calendar year average seen in Rabobank's 40-year record. Conversely, hog producers who have had difficulty eradicating the virus could suffer significant losses as the pain of the high fixed costs of modern hog production compounds prolonged periods of weak productivity.

Packers for the year to date have been in a "haves" position as the fear of possible stockouts have pushed pork cutout prices up much faster than hog prices. The gross margin for packers reached $63 per head, up from $37 this time last year. Profitability is likely to wane in the spring and summer, as prices continue to climb, testing pork demand, and hog shortages force packers to idle plants.

Rabobank says the real winner in the PEDV situation, however, will be the U.S. poultry industry. U.S. beef production is forecast to decline by nearly 6% in 2014 and, coupled with Rabobank's estimate of 6% to 7% less pork production; this implies an exceptional opportunity for the U.S. chicken industry as the protein of last resort. U.S. chicken production would have to rise by 8% to 9% to offset the shortfall from beef and pork, but a limited breeder flock and continued high demand for fertilised eggs from Mexico will keep supply growth restrained.

As a result, Rabobank expect chicken prices and margins to climb this spring and summer, yielding a very favorable year for the U.S. chicken industry.
Source: Rabobank