New leaders in USA and Canada 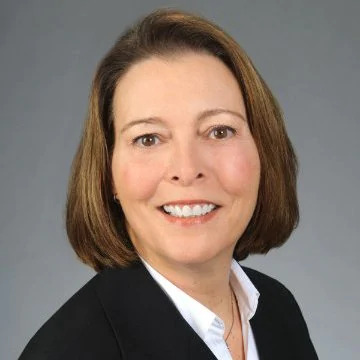 USA, New York. Rabobank, a leading global food and agribusiness bank, has appointed two of its top executives, Tamira Treffers-Herrera and Robert Sinescu, to become Co-Heads of North American Client Coverage, positioning the Bank for future growth in the region.

Treffers-Herrera has also assumed the role of Vice Chairperson and Head of the Atlanta office, where she additionally oversees Rabobank Mexico, which is led by Eduardo Palacios. Sinescu is the Head of the Chicago office, and also oversees Rabobank Canada, led by Marc Drouin, who was recently appointed as Canada's General Manager.

Treffers-Herrera and Sinescu report to David Bassett, Head of Wholesale Banking North America, the Bank's corporate and investment banking business for the region based in New York.

"Both Tamira and Robert have a demonstrated history of strong leadership, operational excellence and passion for our clients," Bassett said. "Their broad experience and deep sector expertise will be invaluable in delivering dynamic results for clients while accelerating our growth trajectory in North America."

Each office will have an even greater focus on key Food & Agribusiness sectors and clients: The Chicago office will drive growth in sectors including Dairy, Farm Inputs and Grains & Oilseeds, which are also key areas of focus for the Canada office. The Atlanta office will focus heavily on sectors such as Animal Protein, Beverages, Sugar, and Supply Chains, which are important sectors in Mexico as well.

Treffers-Herrera was most recently based in London as CEO of Rabobank's European Region from 2016-2020, where she took the organization through Brexit. Prior to that, she worked in the Atlanta office from 2002-2016. During her tenure in Atlanta, Treffers-Herrera served as Global Sector Head - Consumer Food & Beverages, and prior to that she was a senior banker for a portfolio of large beverage and consumer foods clients. She holds a Bachelor of Arts degree from the University of Kentucky, a Master of Arts from the Patterson School of Diplomacy and International Commerce and has studied at The University of Chicago Booth School of Business and Harvard Business School.

Sinescu has been with Rabobank for over 21 years and was previously General Manager of Rabobank Canada, where he oversaw all operations, business development, commercial strategy and relationships with regulators. In addition, he continues to serve as CEO of Rabo Securities Canada Inc. Prior to Canada, he was a senior banker, Head of Corporate Banking, European Sector Head for Sugar, and a member of the Management Team for Rabobank France. He holds a Bachelor of Science in Business from the Bucharest School of Business, a Master of Business Administration & Management and a Master of Science in Banking and Corporate Finance from Sorbonne University in Paris, and has studied at Brown University.