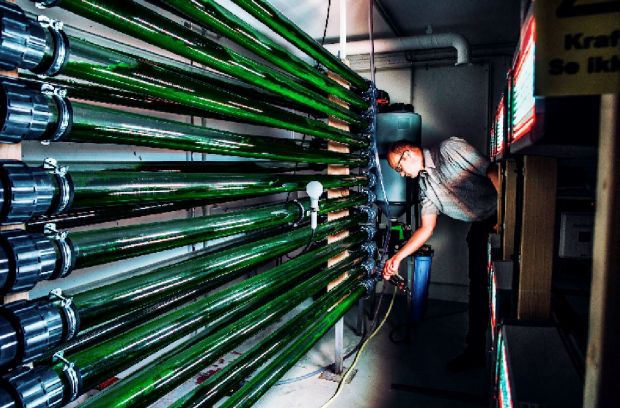 The microalgae will be fed on brewers spent grains (BSG) in order to upcycle waste from the food system.

DENMARK, Aarhus. A public-private collaboration aimed at developing a high-protein, plant-based ingredient for food manufacturers has received backing from the Danish government.

Research partners the Technological Institute of Denmark and the University of Copenhagen are collaborating on the project, as are microalgae-based food ingredients company NatuRem Bioscience, membrane filtration firm Sani Membranes, and Danish Brewery Kunstbryggeriet Far & Sen.

These small- and medium-size enterprises (SMEs) and research institutions will focus on Chlorella vulgaris – a variety of microalgae with 'food robustness' and 'high protein' content. The goal is to develop a microalgae-based ingredient for food manufacturers to be sold by NatuRem Bioscience. As Chlorella vulgaris was already on the market in Europe ahead of 15 May 1997, the new ingredient will not be subject to novel food laws in Europe.

In June 2018, the National Bioeconomy Panel released 15 recommendations concerning the 'proteins of the future', noted National Bioeconomy Panel member and Director of Innovation at the Danish Technological Institute, Anne Maria Hansen. "Among other things, it states that research and education efforts should be undertaken to promote the supply of protein value chains. The project 'Microalgae for foods' will precisely address the need for new protein value chains and at the same time microalgae-based foods will support an increasing demand for a more plant-based diet."

Not only does microalgae protein contain a complete amino acid profile and contain Omega-3 fatty acids, but its production feeds into the sustainability agenda. The unicellular species, typically found in freshwater and marine systems, has a superior protein yield compared to several other plant-based protein sources, such as pulses, legumes, and soybeans.

And where the production of land-based crops accounts for roughly 75% of total global freshwater, marine microalgae can be cultivated without freshwater. No pesticides are required as the algae are grown in a closed system. Further, microalgae are not reliant on arable land, unlike conventional agricultural production of animal protein sources and terrestrial crops.

Results of the project are expected by the end of 2020.