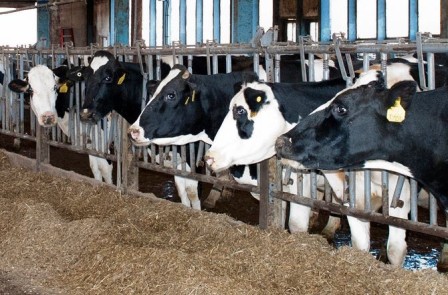 As greenhouse gas emissions from agriculture rise worldwide, a new international project aimed at helping to reduce such emissions from livestock production is carried out.

Formally titled the Global Network for the Development of Nutrition-related Strategies for Mitigation of Methane and Nitrous Oxide Emissions from Ruminant Livestock, a $1.65 million initiative led by The Pennsylvania State University involves a consortium of researchers from nine countries whose goal is to compile scientific data and develop practices that promise to address the problem.

A major objective of the Global Network is to create a database of existing studies that can serve as a clearinghouse for the latest science addressing the issue. Hristov said the project will solicit research studies and data -- both published and unpublished - from scientists around the world and not just from those involved in this consortium.

Some collaborators in the consortium also will conduct new research designed to fill knowledge gaps in the database.

Among other Global Network objectives are to develop guidelines for conducting experiments designed to evaluate nutritional strategies for emission mitigation; to develop and evaluate models for predicting methane emissions and nitrogen excretions under various nutritional, animal and farm-management scenarios; and to identify and recommend mitigation technologies that are both practical and feasible to implement in various ruminant livestock production systems.

The four-year project is funded through the Europe-based Joint Programming Initiative on Agriculture, Food Security and Climate Change. Funding comes from governmental agencies in the researchers' respective home countries. The U.S. Department of Agriculture's National Institute of Food and Agriculture is supporting the U.S. portion of the project, which also includes scientists from Ohio State University and the University of California, Davis.
Source: The Pennsylvania State University