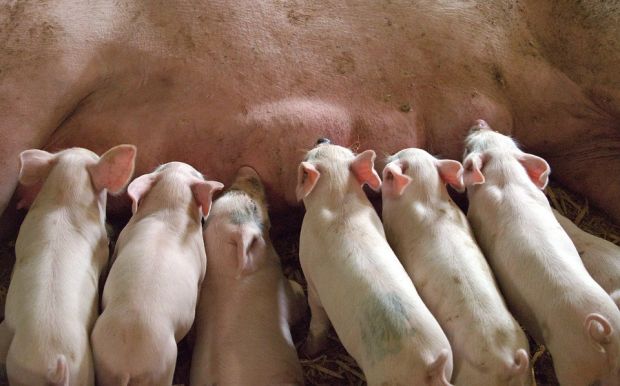 That brings the total number of cases China has reported since the first one in August 2018 to 143, with 1.16 mill. pigs culled, Yu told reporters at a briefing.

CHINA, Beijing. The number of fresh outbreaks of African swine fever in China has dropped this year and pig production is slowly returning to normal, its vice agriculture minister said, amid suspicions that the full extent of the disease is not being reported.


African swine fever is deadly to pigs and there is no cure or vaccine for the disease, which has swept across China, the world’s top pork producer, since August last year. Asked about reports of recent fresh outbreaks of swine fever, Vice Minister of Agriculture and Rural Affairs Yu Kangzhen said China had seen only 44 new cases in the first six months of 2019.

That brings the total number of cases China has reported since the first one in August 2018 to 143, with 1.16 mill. pigs culled, Yu told reporters at a briefing. However, many outbreaks are not being reported, farmers have told Reuters, with local officials in some provinces unwilling to verify the disease.

Reuters reported that as many as half of China’s breeding pigs have died from African swine fever or been slaughtered because of the spreading disease, twice as many as had been officially acknowledged. Yu said the government is currently checking online reports of alleged outbreaks of the disease, adding that any party not reporting a case would be severely punished. “Our attitude is very clear: when it comes to under-reporting of the disease, though we can’t guarantee zero cases [are not reported], we will definitely have zero tolerance for it,” he said.

But he said there were still challenges in controlling the spread of the fever. Feeding kitchen waste to pigs is banned, for example, but is still taking place, Yu said. The virus can remain in meat that has not been properly cooked, potentially infecting pigs that eat food scraps. The capability of China’s many small farmers to prevent the disease is also weak, he said, and areas with many outbreaks tend to be places where there are not enough people and money to prevent and control it.

China’s State Council said management of transporting live hogs is not strict enough and there is insufficient capacity in testing for the African swine fever virus in slaughtering plants. It also urged stricter handling of kitchen scraps. The disease will leave China with a “tight balance” in pig supplies, said Yu, adding that imports, including from the United States, would help adjust supplies. Others have warned of a looming shortage of mill. of t of pork.