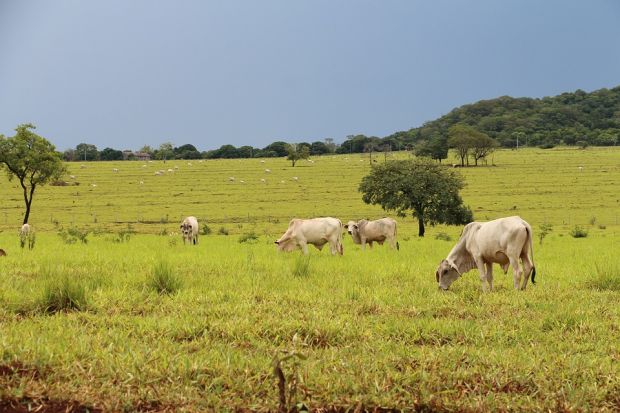 Meanwhile, the export business is showing a slight recovery. In January and February, exports were 5.6% higher than in the previous year at 103,000 t.

BRAZIL, Rio de Janeiro. After years of growth, Brazilian poultry meat production is in a phase of consolidation. Since 2011, production has fluctuated between 12.3 and 13.1 mill. t. The preliminary statistics of the industry organisation ABPA show a decline of 1.7% to 12.8 mill. t for 2018. On the domestic market, the economic crisis dampened demand. At 41.8 kg, current per capita consumption is far from the record level of 47.4 kg set in 2011.


In exports, a minus of 5.1% to 4.1 mill. t depressed the mood. Sales to the EU in particular collapsed after hygiene deficiencies were found in processing plants. The industry also suffered from anti-dumping duties, which China has imposed on Brazilian poultry meat since mid-2018. In February, Brazilian producers promised not to undercut certain minimum prices, which China waived. ABPA is cautiously optimistic for the current year.

In January and February, however, exports fell by a further 6.6% year-on-year to 599,000 t. The most important customers were China and Saudi Arabia, each with around 75,000 t. In the Brazilian export statistics, the EU still lags behind Japan, the United Arab Emirates and South Africa with 36,000 t.

After five years of uninterrupted growth, Brazil's pork production also suffered a setback in 2018. Production fell by 3.2% to 3.63 mill. t. Per capita consumption fell by 2.6% to 14.35 kg. Export sales even shrank by 8% to 640,000 t, because Russia, one of the most important buyers, collapsed. According to findings of the growth promoter ractopamine, the Russian authorities had imposed an import ban at the end of 2017, which was only lifted a year later.

Meanwhile, the export business is showing a slight recovery. In January and February, exports were 5.6% higher than in the previous year at 103,000 t. In first place stands China, which took up 40.5% of Brazilian exports in January and February. For the rest of the year ABPA expects good export opportunities for Brazilian pork. In Asia in particular, demand is expected to increase due to the spread of African swine fever. In Russia, too, Brazil hopes to regain confidence and build on previous successes.