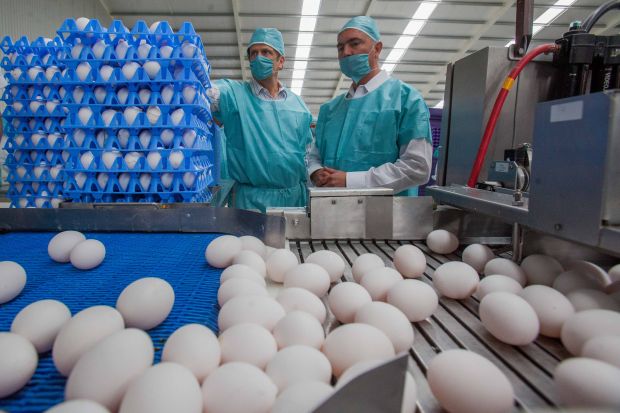 
The new facility will have the capacity to produce 600,000 day-old layers per week. Proan is the world's second largest egg producer.

The hatchery project is expected to be fully operational by the second quarter of 2017. When completed, it will be the largest layer hatchery in Latin America.

Proan’s intention, according to company Proan-CEO Manuel Romo, is to develop the most highly automated hatchery. It will be equipped with 36 SmartSet 115 setters and 36 SmartHatch hatchers from Pas Reform. Pas Reform’s fully automated transfer and candling equipment, sexing and vaccination carousels, chick counters, tippers and a vacuum waste disposal system will also be used in the new hatchery.

The hatchery, which is intended to supply all of the companies needs for day-old pullets, will be listed as one of the world’s largest layer hatcheries, with the capacity to produce six hatches of 100,000 layer pullets every week.

The project is one of the most comprehensive projects ever contracted to Pas Reform in Latin America, and one that will serve as an important showcase operation for the entire region, said Ranulfo Ortiz, Pas Reform business development manager in Latin America.