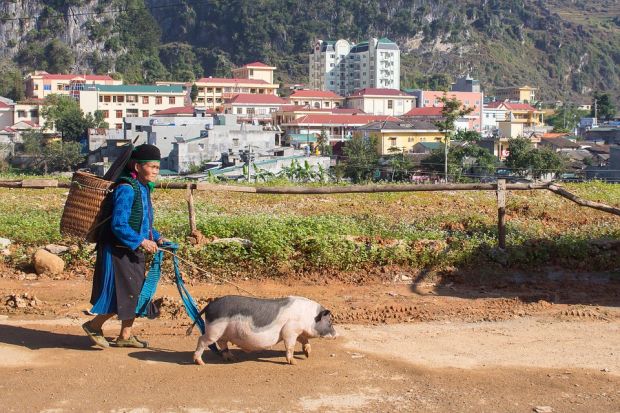 Vietnam has more than 27 mill. pigs, most of which are consumed domestically.

VIETNAM, Hanoi. Vietnamese authorities conducted drills to prevent the spread of African swine fever should there be an outbreak of the disease in the country, as the risks of transmission from neighboring China increase.

The highly contagious fever has killed around a million pigs worldwide and recently spread rapidly across China, which has reported 80 cases since early August. In footage shown on state-run Vietnam Television (VTV), officials covered from head to toe in protective clothing were seen taking samples from dead pigs and spraying corpses before burying them in a large pit in the ground.

Vietnam has more than 27 mill. pigs, most of which are consumed domestically, with pork accounting for three quarters of total meat consumption in the Southeast Asian nation of 95 mill. people, commented a government official.

He added that authorities were tightly controlling the transportation of pigs and pork products from China and had banned pork products from other infected countries such as Poland and Hungary. Last month, China reported outbreaks of African swine fever in several provinces, including Yunnan, a border province with Vietnam.

There is also a danger of the disease spreading into Vietnam through smuggled pigs of unknown origin. Smuggling is a regular occurrence, especially in the northern border provinces with China, the agriculture ministry said.

Authorities in Vietnam have destroyed 324 pigs and nearly 17 t of pork products that have been smuggled or which do not have clear origins in 63 cases since August, the ministry said in a statement on its website.