From Editor fleischwirtschaft.com
Wednesday, May 16, 2018 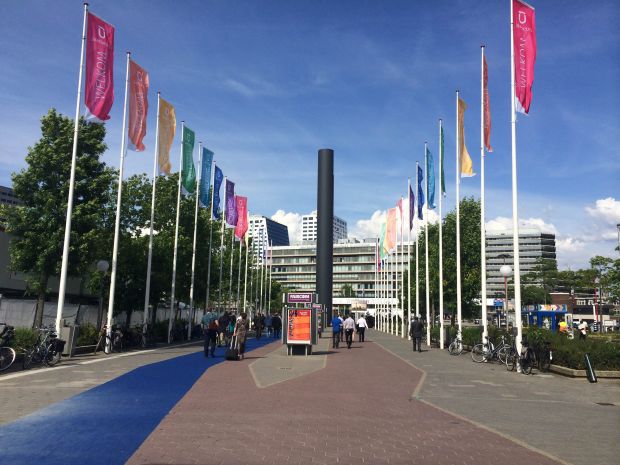 THE NETHERLANDS, Jaarbeurs- Utrecht. Organized every four years, VIV Europe is the global feed-to-food meeting point of the animal protein sector with a particular focus on poultry meat and eggs. From 20 to 22 June June, the fair will present the central theme: ‘Sharing Data = Better Poultry’, which includes amongst others a special section onsite on data-driven poultry production.


It will be at the heart of an International Week of Smart Food Production at the Jaarbeurs- Utrecht exhibitions site in The Netherlands. This venue is only 30 minutes from the Dutch capital city, Amsterdam.

A major part of this event will be a special exhibition hall focussed on the motto ‘Sharing Data = Better Poultry’. Its central concept relates to the wider Big Data approach within all global agriculture.

“We want to open a discussion about the benefits achievable by sharing data along the poultry supply chain rather than simply collecting them for a more narrow analysis,” says VIV worldwide marketing manager Elena Geremia. “The special section at the show will put the spotlight on innovations from more than 30 exhibitors relating to Big Data poultry applications”.

“Next to those exhibits will be a display of one of the first Dutch examples of putting the idea into practice by the successful use of data-sharing in a poultry chain. Called Kip van Oranje, which could be translated as Orange Chicken, the organisation connects innovative poultry producers with distributors and suppliers along the chain to decide collectively on the process from farm to consumer.” she added.

In addition to VIV Europe 2018, the two other events comprising this first International Week of Smart Food Production at Jaarbeurs-Utrecht between 19 to 22 June will be GFIA Europe and the inaugural European Halal Expo.

GFIA stands for Global Forum of Innovations in Agriculture, with its wide-ranging focus on developments across agri-foods that includes crops and horticulture as well as meat, dairy and fish. The 2018 GFIA Europe on dates of 20 to 21 June is dedicated to a review of essential sustainable technologies in food production.

The new European Halal Expo also takes place at Jaarbeurs-Utrecht on Wednesday 20 June and Thursday 21 June 2018. This will cover halal in all sectors, with special attention to its application in the production of food, cosmetics and pharmaceuticals.