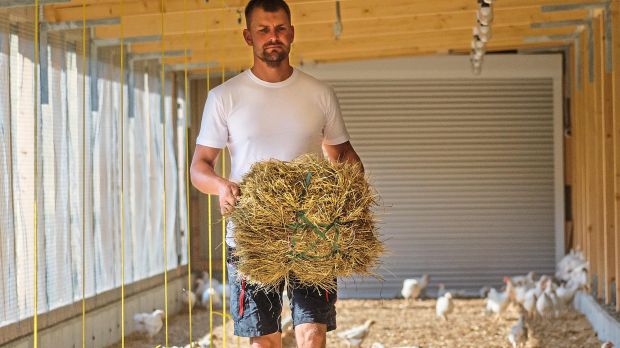 Awarded: Christoph Schulz has received the Ceres Agricultural Award for his Plukon fair fattening, in accordance with the criteria of the German Animal Welfare Association.

GERMANY, Visbek. Poultry marketer Plukon Food Group is making a new attempt to expand its range in German retail. Fresh salads and fresh ready meals with poultry or alternative proteins are to hit the chiller cabinet more often in this country. Another focus is on the animal welfare segment.


The new year has begun for Plukon Vertriebs GmbH, the German offshoot of the Dutch poultry giant, with a change in personnel. Niels van Gestel, who has experience in the industry, has replaced Andreas Unruhe as head of Germany. The latter had only joined the company in 2019 from the management consultancy Horváth & Partners, before which he was with Dr. Oetker. The Dutchman van Gestel is expected to succeed in what Unruhe probably did not: expanding Plukon's offering in Germany beyond its core poultry business without neglecting the base. 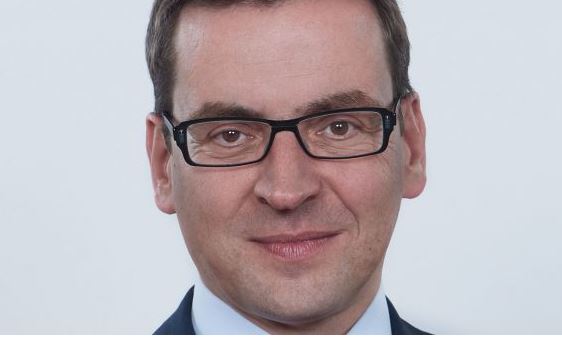 That, at least, is the declared strategic goal of the company, on whose management board van Gestel sits alongside CEO Peter Poortinga. They have been working together since 2005. At that time, Plukon had taken over the frozen food supplier Pingo, where van Gestel worked. Gestel is not an interim solution, Poortinga makes clear in an interview with LZ. The search for a new head of Germany is underway, he says, but is in no hurry: "It fits very well as it is today." In the future, a German should once again lead the business in Germany.

Plukon is already represented on its home market and in other European countries with Fresh Convenience articles. The Dutch company has already had its own production of fresh salads and fresh convenience foods for eleven years. The company's involvement received a new boost a year ago with the acquisition of a 51% stake in Fresh Care Convenience Dronten B.V. (FCC). FCC is already represented in German retail with portioned salads and vegetable and vegetable mixes. Plukon plans to acquire the remaining 49% of FCC's shares within the next three years.

For Poortinga, expanding the "green assortment" is part of the group's sustainability strategy. Poortinga does not believe it makes sense to set a target for the share of these products in Plukon's sales. The core business remains the poultry sector, and here the group wants to continue to grow - also through acquisitions. In Spain, all shares in Grupo de Gestión Empresarial Avícola VMR were acquired a year ago. Spain is the sixth production country for Plukon. The group already has five plants in the Netherlands, three in Belgium, five in Germany, one in Poland and four in France.

The VMR Group (annual sales around €100 mill.) comprises a fully integrated production chain consisting of a feed factory west of Madrid, its own slaughterhouse and a meat processing plant in Madrid. VMR is also a joint venture partner of Portugal's Grupo Valouro for the breeding, rearing and hatching of day-old chicks.

Poortinga wants to expand this integration in this country as well, especially with animal welfare programs in mind. To this end, Plukon recently acquired a majority stake in the German hatchery Optibrut. In particular, Optibrut's Early Feeding Program, which provides feed and water to newly hatched chicks, is an important reason for the acquisition. Poortinga expects the program to become standard in the Netherlands and Germany in the coming years. 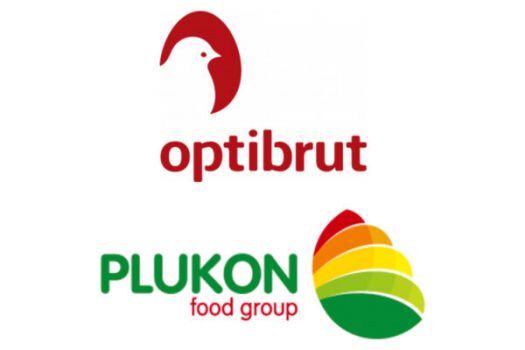 The group has also joined the European Chicken Commitment, which aims to reduce stocking density in fattening houses. In addition, France is already fattening 30% slow-growing animals and the Netherlands already 50%. Poortinga also sees success in antibiotic-free rearing. In many cases, fatteners can now manage 95 to 100% without these drugs.

The Plukon CEO and co-owner expects sales of € 2.1 bn. for the current year. One of the main shareholders in Plukon remains the EW Group of Erich Wesjohann, brother of Paul-Heinz Wesjohann, a co-owner of Plukon competitor PHW (Wiesenhof). Poortinga expects EW to remain on board: "We're building a great business in Europe."