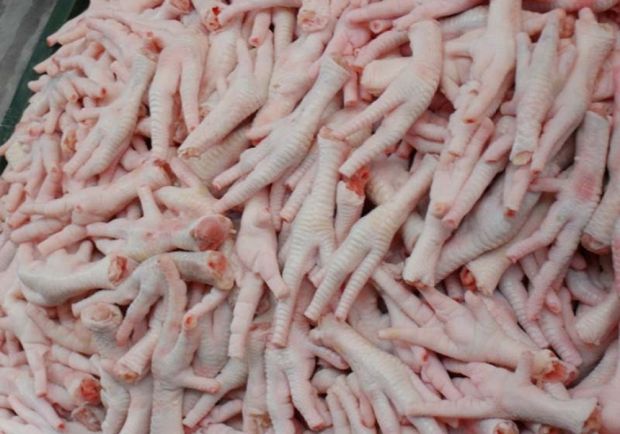 CHINA, Hong Kong. The Centre for Food Safety (CFS) of the Food and Environmental Hygiene Department (FEHD) from Hong Kong has recently announced that following an earlier complaint it has detected several suspected falsified health certificates for imported frozen meat.


The products concerned included chicken feet and livestock offal products from Brazil which should be for pet consumption only. The CFS referred the case to the Brazilian authorities and the Hong Kong Police for investigation.

CFS discovered 10 problematic batches of meat products from one exporter and two factories. Those batches weighed more than 200 t and they have been banned from Hong Kong immediately. Inspection of health certificates of meats imported from Brazil would also be stepped up, the South China Morning Post reported.

"The CFS received a complaint lodged by a food importer about a suspicious health certificate accompanying a consignment of frozen chicken feet from Brazil which was imported earlier this year. The importer therefore informed the Consulate General of Brazil in Hong Kong and the CFS for follow-up. The CFS then liaised with the Brazilian authorities for investigation. The Brazilian authorities have recently confirmed that the health certificate concerned was falsified and the related consignment of frozen chicken feet was pet food. The CFS has reported the case to the Hong Kong Police," a spokesman for the CFS said.

The Centre has earlier enhanced its surveillance on meat and poultry from Brazil. Since 21 March this year, a total of 562 samples (including frozen chicken feet and livestock offals) were taken at the import and retail level for testing of meat deterioration and other food safety indicators. The test results showed that all samples were satisfactory. Surveillance on the product concerned imported from Brazil will continue to be enhanced, according to the CFS press release.