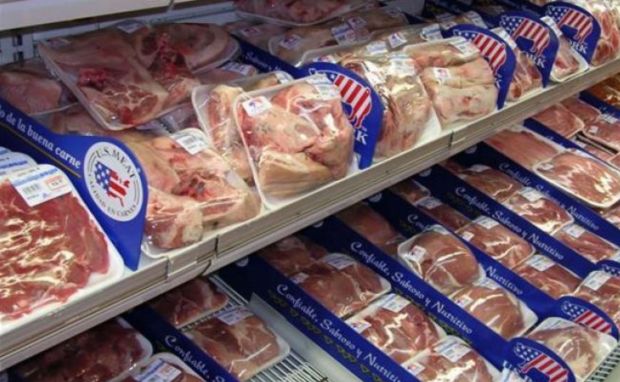 USA, Washington, DC. US pork exports are set to face further obstacles as the trade war with China continues to put financial pressures on the industry.


China announced that it would implement 62% tariffs on pork, which the National Pork Producers Council (NPPC) of the USA said would threaten the livelihoods of thousands of pig farmers by putting them out of business.

The US has been at the centre of trade disputes with the likes of China and other key international meat markets, with many meat bodies pleading with the government to resolve its differences.

Mexico has also retaliated to US President Donald Trump's decision to hike up steel and aluminium exports by implementing raised costs for US pork. The Mexican Government initially imposed 10% tariffs on pork at the beginning of June, which have now doubled to 20%.

A total of 40% of US pork exports are now under retaliatory tariffs. "We need these trade disputes to end." stressed the National Pork Producers Council president Jim Heimerl. "We now face large financial losses and contraction because of escalating trade disputes. That means less income for pork producers and, ultimately, some of them going out of business."

According to Iowa State University, producers lost $18 per hog from March-May as a result of the trade war, which could result in a loss of more than $2 bn. on an annual basis.