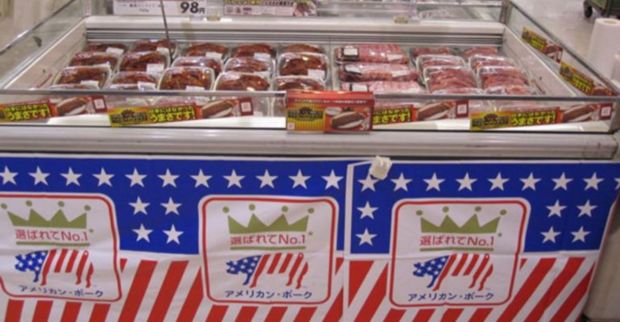 USA, Denver, Co. US pork exports continued to be impacted by retaliatory duties in China and Mexico, according to data released by USDA and compiled by the US Meat Export Federation (USMEF).

September exports accounted for 24.8% of total pork production, up from 23.6% a year ago. For muscle cuts only, the percentage exported was 21.8% – up two full percentage points from last September. For January through September, pork exports accounted for 26.1% of total production, down from 26.5% last year, but the percentage of muscle cuts exported increased from 22.1 to 22.7%. Export value per head slaughtered was down 1% from a year ago in September ($48.72) and for January through September ($52.46).

Pork exports to South America continued to gain momentum in September, led by strong growth in Colombia and Peru and a rebound in exports to Chile. Through the first three quarters of the year, exports to the region were 27% ahead of last year’s record pace in volume (92,252 t) and 22% higher in value ($227.9 mill.). With steady growth in mainstay markets Honduras and Guatemala and sharply higher shipments to Panama, El Salvador, Nicaragua and Costa Rica, January-September exports to Central America increased 20% in volume (58,756 t) and 17% in value ($138.7 mill.). This region is also coming off a record year in 2017. Exports to the Dominican Republic have already broken the records set last year, with volume climbing 35% to 32,859 t, valued at $71.6 mill. (up 29%).

Other January-September results for US pork exports include: