Tönnies intervenes in the chain 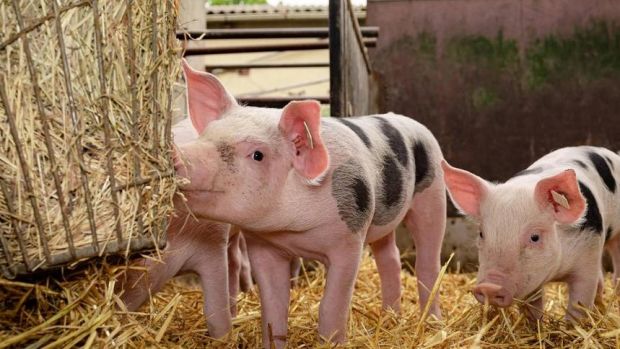 The path to greater vertical integration in pork production seems to be mapped out.

In it, the company formulates concrete goals for its suppliers: The amount of antibiotics used in rearing and fattening is to be reduced by three quarters. The East Westphalians are also going on the offensive on the subject of nitrate pollution. The goal is to reduce the amount of nitrate in liquid manure by 30%.

Feed is another point where influence is being exerted on suppliers. For 2030, it is planned to do without soya from South America and palm oil. In the animal feed industry, this is considered ambitious but feasible. Soya requirements could also be met in the United States. It would be more difficult to replace palm oil, which at 0.4% is a small but important component in compound feed. For some time now there have been substitute products based on sunflowers that have not yet established themselves on the market. But it is also clear that the higher requirements will lead to higher feed prices, says Managing Director Hermann-Josef Baaken of the German Animal Nutrition Association (DVT) to fleischwirtschaft.de.

Tönnies also aims to increase the proportion of animals from super-legal forms of husbandry to 70% by 2030. To achieve this, the company wants to support farmers in building 500 animal sheds. In this way, Tönnies is taking the upstream stages of the value chain into account. In an interview with the "Lebensmittel Zeitung", Clemens Tönnies and his son Maximilian contradict the assumption that they are aiming for vertically integrated production. Although farmers who want to build a barn with Tönnies would have to become members of the building cooperative, this would not result in supply obligations for the pigs.

Nevertheless, experts see a development towards more binding business relations in the pig industry. According to Dr. Albert Hortmann-Scholten, Head of the Business Management and Market Department in the Agriculture Division of the LWK Lower Saxony, the Initiative Tierwohl (ITW) could promote the trend towards vertical integration of the value chain in pork - similar to that in poultry production. Large poultry meat processors, such as the PHW Group with the Wiesenhof brand, already have the entire value chain under their control. For example, contract fatteners raise the chicks specified by the Group, buy Wiesenhof feed and are even obliged to work with certain veterinarians, says Hortmann-Scholten.

According to the expert from the Lower Saxony Chamber of Agriculture, there is already a tendency towards such supply chain integration on the pork market: Tönnies has been offering pig farmers fixed contracts with the "Tönnies Partnership" since the end of 2019 for twelve months, which bindingly regulate the way the pigs are kept. For example, the farmer states how many animals he or she keeps per square metre of floor space in the barn and whether these animals have unrestricted access to fresh air and daylight. In addition, the farmer writes in the fattening contract which feed his pigs receive. It is also checked whether the farmer participates in the ITW, the QS system or other programmes.

Tönnies pays "his" fatteners a premium of 50 cents per animal. In addition, the animal owners can choose certain pricing models – i.e. whether they want to be paid according to VEZG price or prefer to get a daily price. Incidentally, the farmers' direct contractual partner is not the Tönnies Group, but the livestock dealer with whom Tönnies cooperates.

The contract fattening makes it comprehensible for butchers how many welfare pigs they get. "The goal of the ITW, ultimately the food retail trade, is that 40% of pork is produced according to ITW level 2, starting in 2021. Whether this goal is achieved also depends on whether the remuneration for the fatteners is so lucrative that full cost-covering production is possible," says Hortmann-Scholten. Fixed supply contracts could make a contribution to this. In addition, meat advertised with the Animal Welfare Initiative must also be identifiable: "Where animal welfare is stated on the label, there must actually be animal welfare. Other participants in the sector also say that contract fattening is another way for butchers, meat processors and the food retail trade to document this."