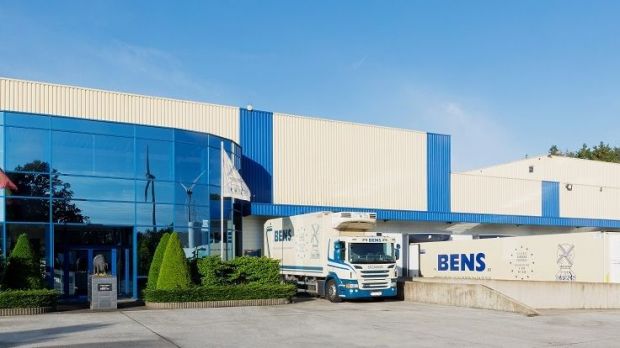 Headquarters of Bens NV in the Flemish town of Oevel-Westerlo.

The E 313 is one of the main traffic arteries in Belgium. It connects the cities of Liège and Antwerp. The municipality of Oevel-Westerlo in the Flanders region is located next to this motorway; it is also the home of the Bens NV headquarters. Aachen is just 100 kilometres away. The company specialises in pig cutting and is part of the Vanden Avenne Group based in Kortrijk. "Every week we dismember 20,000 pigs which have been slaughtered at the group-owned Sus Campiniae farm nearby. Sus Campiniae was launched in May 2017 and is one of the most up-to-date slaughterhouses in the world," reports Bens CEO Marcel Laeremans.

The company, which last year generated a turnover of 100 million euros and has 105 employees, operates a thriving export business. 90 per cent of its goods are delivered to foreign customers. Germany accounts for 45 per cent of this and is by far the most important market for the Belgians. Bens mainly supplies pork to industrial customers and wholesalers. "We prefer to deliver our goods to Frankfurt am Main rather than Ghent. The drivers on the German roundtrip are often back first," says Laeremans. The marketer makes the German customers happy by offering maximum flexibility. It is no problem for Bens to supply special cuts on request, for example.

Around 20 per cent of the pork is sold within the European Union and 25 per cent to non-EU countries. Bens sells to customers in Japan, South Korea, the Philippines and Vietnam, among others, and also serves markets in Africa such as Angola, Congo, Cameroon, Ghana, Côte d'Ivoire and South Africa. 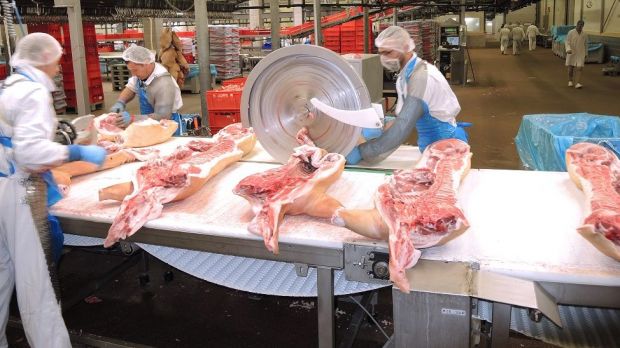 Bens
Cutting pig sides. Around 90 per cent of the goods are sold abroad.
The Asian market. The company is keen to offers its overseas customers frozen goods of even higher quality in the future and is therefore investing heavily. It is spending EUR 7.5 million e.g. on a new tunnel freezer and cutting line. In the period from 2014 to 2017, the company invested EUR 2.5 million on new packaging machines and on expanding its warehouse capacities. Bens NV is currently facing a particular problem in maintaining the growth of recent years. "It's getting harder and harder to find qualified staff," complains Laeremans. However, if the CEO's vision becomes reality, this problem will be resolved within a few years. "I'm guessing in five years we'll be cutting up pigs with the help of robots."

The pork marketer is exploring new territory in the domestic market. In 2017, Bens launched a meat brand called "Norbel", which emphasises animal welfare and meat quality. The name Norbel is a portmanteau of "Nordic" and "Belgian". 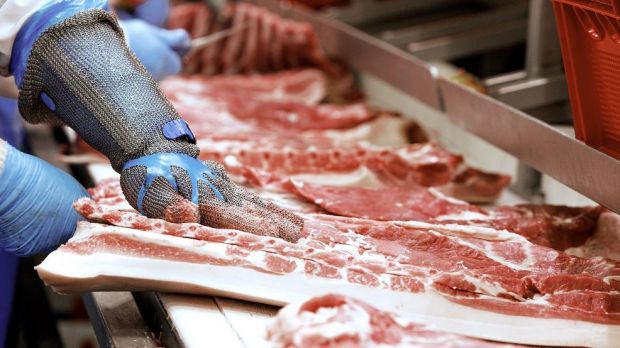 Bens
Cuts for the individual export markets. The Belgian slaughtering and cutting plant has customers in Europe but also in Asia and Africa.
The brand programme involves fattening crosses of a Scandinavian pig breed and the Hampshire breed in two agricultural plants. The producers in the region use rye for feeding, which has a positive effect on animal health. Bens slaughters around 200 animals per week for the programme. The meat is marketed exclusively through butchers' shops and restaurants.
Source: fleischwirtschaft.com, afz - allgemeine fleischer zeitung 40/2019 / dfv media group
tags:
Belgium Oevel-Westerlo Sus Campiniae Liège Antwerp Aachen Kortrijk