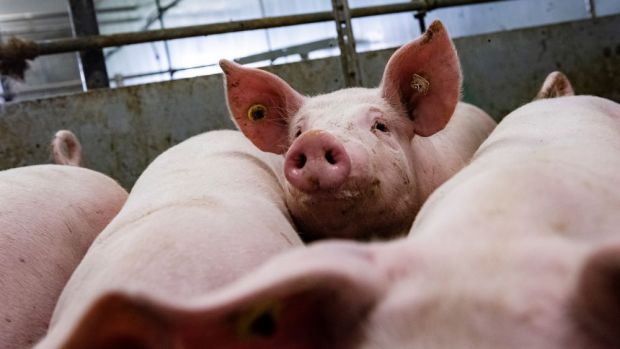 The ISN calls for decisive action to prevent the stables from becoming even cramped.

GERMANY, Damme. The pig build-up has grown to over 500,000 pigs - and it continues to rise. The situation on farms is becoming increasingly dramatic, complains the German organization ISN.


The pig build-up continues to grow. According to ISN calculations, there is now a surplus in Germany of around 540,000 pigs ready for slaughter. This already corresponds to two thirds of a slaughter week. And this surplus is currently growing by 50,000 to 80,000 pigs per week because not enough animals can be slaughtered. This is due to the slaughtering many animals at the Tönnies slaughterhouses in Rheda and Sögel and at the Vion slaughterhouse in Emstek, which is severely restricted due to corona events. However, even the other slaughterhouses not directly affected by corona events are being utilised at around 95% of normal capacity as a result of corona precautions.

Prevent emergency slaughtering on the farms

"Even though the plight of farmers is known to everyone on the political stage in Berlin and in the state capitals, the many words must now finally be followed by deeds", demands the German organization Interessengemeinschaft der Schweinehalter Deutschlands (ISN). Because so far, the measures introduced have not been effective because they still failed due to bureaucratic hurdles. "The situation has even escalated so far in the meantime that we cannot solve the problem without emergency regulations", ISN managing director Dr. Torsten Staack draws attention to the dramatic situation.

These emergency arrangements are expressly not intended to cover emergency slaughter on farms. The aim of these measures, on the other hand, is to ensure that this does not happen. The ISN calls for the bureaucracy and official formalism to be reduced to such an extent that the slaughterers can slaughter significantly more. "And that at least until the pig build-up is reduced," demands Staack.

In recent weeks, the ISN has repeatedly used concrete figures to make it clear that the number of pigs in many farms has increased alarmingly and that urgent measures are urgently needed. Even if it were possible to prevent further growth by ramping up the slaughterhouses in Rheda, Sögel and Emstek, the build-up surplus of half a million animals would still remain. According to the ISN, the only way out is to increase the number of slaughters, and this would be feasible with appropriate political support and specific emergency regulations.