Fewer pigs slaughtered in the EU 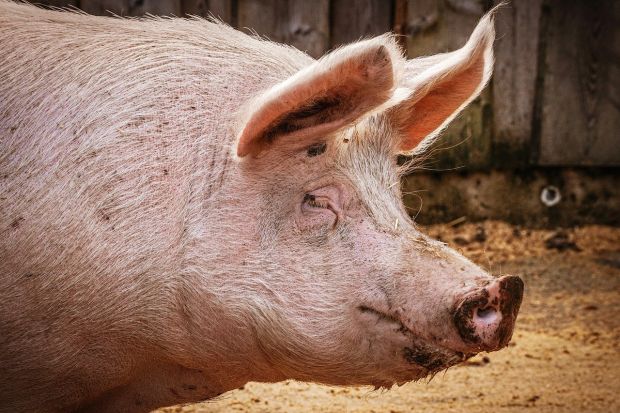 In average the pigs to be slaughtered had greater life weights.

LUXEMBOURG, Luxembourg. In the EU, fewer pigs were slaughtered in 2019 – the production of pork fell only minimally thanks to higher slaughter weights.

The number of pigs processed in the European Union's notifiable slaughterhouses was lower last year than in 2018. According to data from the Statistical Office of the European Union (Eurostat), the number of pigs slaughtered in the 28 Member States fell by 3.21 mill., or 1.2%, to 256.11 mill. heads. However, because the pigs had greater life weights, meat production fell less sharply (-0.6% to 23.71 mill. t) than the number of animals processed. Last year's pork production was still the second highest in the EU-28 after the record of 2018.

According to statisticians from Luxembourg, slaughter volumes increased in half of the EU countries compared to 2018, but decreased in several large producer countries. These included Germany, with a 2.7% decline in slaughterings to 55.1 mill. animals and a 2.2% decline in meat production to 5.23 mill. t. The losses were even greater in Belgium, Poland and Denmark, where slaughterhouses received between 4.6% and 6.9% fewer animals. In Romania, 8.1% fewer pigs were even slaughtered, which was mainly due to the ongoing problems with African swine fever (ASF).

Spain – for some years now the EU – is the country with the largest pig population. It recorded a 1.3% increase in slaughterings to 52.95 mill. head in 2019 and expanded its meat production by 2.1% to 4.63 mill. t. However, this still left it a bit behind Germany in terms of production, as fewer pigs are imported for fattening and slaughter and the slaughter weights are lower than in Germany. In addition, the slaughter volume in Great Britain increased by 1.8% to 11.1 mill. head and in Italy by two percent to 11.5 mill. head. The Netherlands recorded a relatively strong increase of 4.3% to 16.6 mill. processed pigs. This is probably also due to lower exports of piglets and slaughter pigs to other EU countries.