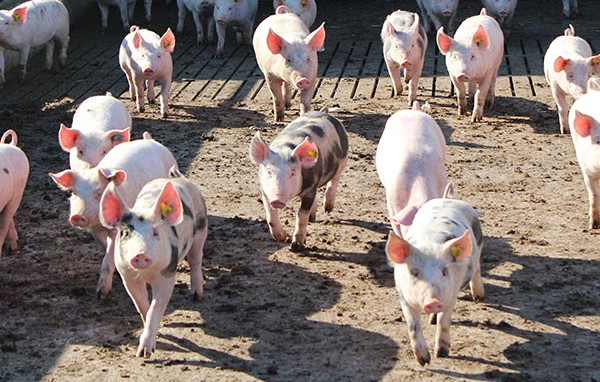 THE NETHERLANDS, Uden. Connecting Agri & Food has supported the development of a new type of feed that helps to reduce boar taint.

Vitelia Voeders has developed the feed, in collaboration with Vof Michiels. In 2016, research has already shown the effect of the feed on boar taint and in 2017 the cost-effectiveness of the feed was also examined.

The feed was tested on two farms, with a total of more than 2,200 animals. In the first practical test, four types of feed were examined. The most promising feed to reduce boar taint, which included beet pulp, was then tested in a second test. The results of the animals in the different test groups are compared with each other. In collaboration with Vion Food Group, the effect of the feed on boar taint prevalence was evaluated.

A taste test with the meat was also carried out in collaboration with Sensus. From this no distinction in taste emerged as a result of the different feed types.

The research showed that the developed feed is better able to reduce boar taint, compared to conventional feed. It turned out to be reduced by 58% through the use of this type of feed. Even on farms with a relatively low boar taint prevalence it had an effect.

The developed feed is practically ready for use and can be used on farms with possibilities to switch feed. From the perspective of the entire pork chain, the use of the adapted feed is cost-effective. For broad application by pig farmers, they will then have to be compensated for the higher feed price. The research was carried out in collaboration with Vof Michiels, Vitelia Voeders, Sensus and Vion Food Group.