EU prices come to a standstill 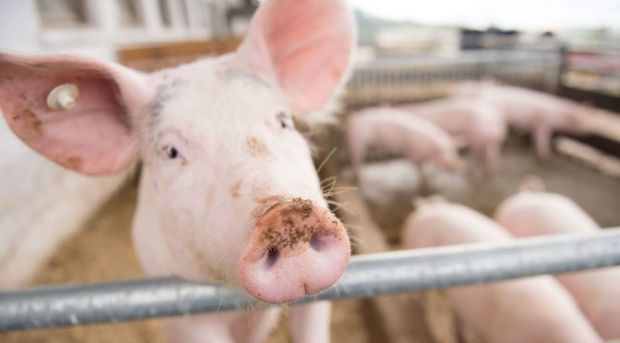 One reason for the standstill is the difficult situation on the meat market.

GERMANY, Bonn. After three weeks with significant surcharges, the rise in slaughter pig prices in Germany has come to a standstill for the time being.

The Association of Livestock and Meat Producers' Associations (VEZG) left its leading quotation unchanged at the level of €2.02 per kg carcass weight (SG). According to the Association, the available supply is increasing slightly during the current slaughter week and is no longer as tight as before.

However, according to market analysts, the overall number of units remains below average and the animals are gladly taken by the slaughterhouses. According to experts, one reason for the unchanged price was also the difficult situation on the meat market, as the price increases on the live side could not be fully passed on to the downstream trade levels.

Due to the rather weak demand for meat and an additional supply of pork, because less can be shipped to China, the fresh meat market in the European Union is well supplied; price increases are therefore difficult. The supply of slaughter pigs in Austria remained scarce, but with a certain consideration for the meat market, the price remained at the level of €1.99 per kg SG. The slaughter pig prices in Belgium and Italy also remained stable recently. There have been isolated reports on the market of reduced fresh meat deliveries to Italy due to the problems with the Coronavirus. Smaller slaughterhouses or meat processors in the region around Milan are closed or cannot work due to sick employees. The Italian quotation for pork cuts, which due to the Coronavirus was not held in person but as a web conference, did not show any major price movements recently. The purchase price for slaughter pigs in Denmark also remained unchanged. Danish Crown reported steady demand from China and stable sales to Japan and Asia.

In France, the slaughter pig price continues to lag behind the level of the surrounding EU countries. According to the Marché du Porc Breton, live exports of slaughter pigs to Spanish, German and other slaughterhouses in surrounding Member States have increased. Last Thursday, the quotation rose by 1.9 cents to €1.55 per kg SG compared to the previous week.

The Spanish quotation on the Mercolleida was also firmer, rising by 1.8 cents to €1.54 per kg live weight (LG). Although the market is nervous about the Coronavirus, slaughterhouses are still looking for animals ready for slaughter and are in fierce competition for live animals due to higher slaughter capacities, explained the Mercolleida.