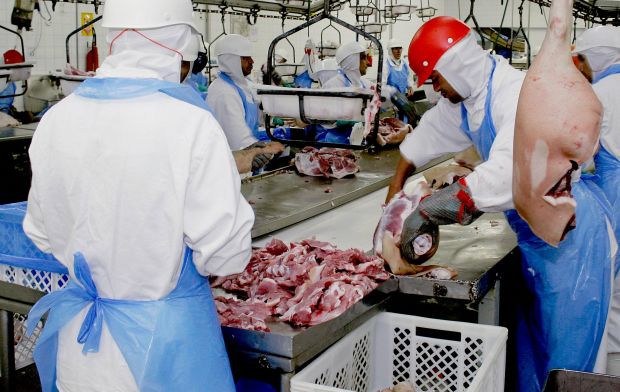 According to the ABPA figures, about 100,000 t of pork were exported in each of the months May to August.


According to the Brazilian Animal Protein Association (ABPA), the South American country sold a total of 764,900 t of unprocessed and processed pork on the world market in the first nine months of the current year; this was 43% more than in the same period in 2019 and slightly more than in the entire calendar year 2019. Sales even increased by 52% compared with the first three quarters of 2019, to $ 1.677 bn. (€ 1.42 bn.). 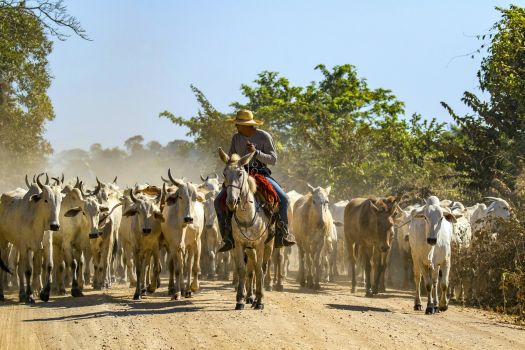 Measured in terms of export volumes, the summer in the northern hemisphere was particularly pleasing for Brazil's pork exporters. According to the ABPA figures, around 100,000 t of pork were exported in each of the months May to August. The highest year-on-year increase in export volumes was recorded in August, at 89%. In contrast, September, which saw changes in the global pork market due to the detection of African swine fever (ASF) in Germany, was comparatively quiet for Brazilian pork exporters. Their sales volume grew by 33% to 86,500 t year-on-year. According to the ABPA statistics, China remained the most important buyer of pork from the South American country in the first three quarters of 2020. At 376,700 t, China purchased 133% more pork than in the same period last year. Hong Kong as the second most important market increased its decline by 14% to 131,600 t, Singapore by 61% to 41,900 t and Vietnam by 205% to 32,900 t. 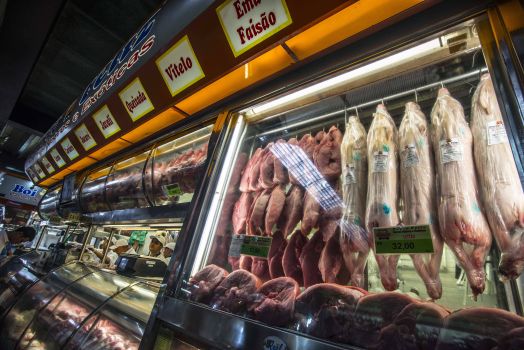 Imago Images / Zuma Press
Trade
Brazil's exports are supported by Chinese demand
In the first half of this year, Brazilian fresh/frozen pork exports were nearly 40% higher compared with the same period in 2019, at 421,000 t. more ››

For Brazilian exports of unprocessed and processed poultry meat in the first nine months of the current year, ABPA reported a volume increase of around 1% to 3.178 mill. t. Due to lower prices, sales fell by 12% to $ 4.619 billion (€ 3.92 bn.). China was also the most important market for Brazil's poultry meat exporters. At 514,100 t, sales of Brazilian poultry meat there in the reporting period were around 28% higher than in the first nine months of 2019.