Pork: Avril and Tönnies are in exclusive nego...
Pork

Avril and Tönnies are in exclusive negotiations 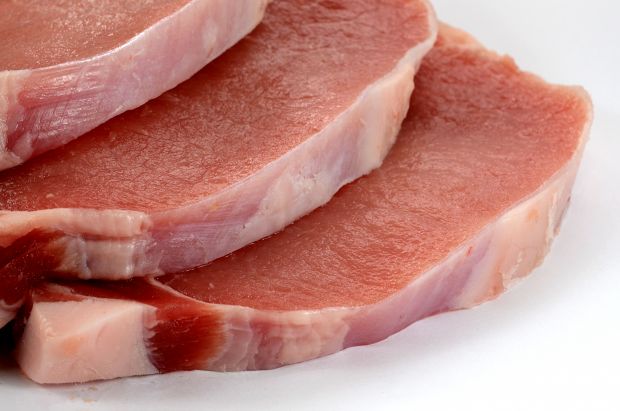 Products from this alliance will adhere to the "5F" quality approach.

FRANCE, Paris. Avril and Tönnies, major actors in the European pig industry, are planning to combine their respective skills to develop a sector for 100% French pork products. The two partners are thus aiming to increase the share of French pork among the processed products available, notably in supermarkets, where the Tönnies’ meat and convenience branch “Tillman’s” is specialised in.


This planned alliance provides for the creation of a joint enterprise to combine the skills and expertise of both partners within a new butchery and processing plant.

The new facilities should represent an initial investment of nearly €6 mill. Wholly devoted to exploiting French pork from Avril's quality sectors, they should in the first instance enable the creation of 60 jobs in a sector that has been severely affected by the current economic climate.

Products from these new facilities will adhere to the "5F" quality approach driven by Avril, which guarantees the use of pigs that are born, raised, slaughtered, butchered and processed in France. These products could partly replace imported raw materials, notably to supply ranges of convenience foods sold in the charcuterie and fresh product departments in French supermarkets.

The products will comply with stringent specifications designed with the livestock farmers so that French consumers can be offered goods that are adapted to their changing demands with respect to the quality and origin of meat products.

Under this planned alliance, Abera, an Avril Group subsidiary, will supply pork that is guaranteed "5F", thus consolidating its positions in slaughtering and butchery. Avril will also draw on the expertise of another of its subsidiaries, Sanders (the leader in France for animal nutrition and production) and its in-depth knowledge of different livestock sectors, particularly regarding the compilation of specifications. On its side, Tönnies, a German, family-run group specialised in the slaughtering of pigs and cattle and processing their meat, will be able to broaden its range of fresh and processed pork products sold by supermarkets in France.

In an unfavourable market context, this plan will offer new market prospects for the French pig sector and its farmers, the objective being to reconquer the domestic market for processed products with high added value. Indeed, in 2014, for the second consecutive year, the French pork trade balance recorded a deficit of €247 mill., versus €65 mill. in 2013. In 2012, the French pork trade balance had been in surplus by €44 mill., versus €168 mill. in 2000.

The current situation is characterised by an increase of more than 60% in the value of pork imports since the 2000s (from €1,011 mill. in 2000 to €1,655 mill. in 2014). These imports mainly concerned processed products with a high added value (around 30% of French pork imports in 2014), which are the subject of the partnership between Avril and Tönnies.

The Avril and Tönnies groups will make every effort to ensure that all the partners and employees central to development of this plan will be able to play an active role in the success of this new and ambitious opportunity for the French pig sector. Achieving this project is subject to several conditions. The period of exclusivity will be used to finalise a draft agreement under which the operation can be implemented, on condition of obtaining the necessary licences, notably from the competition authorities.