400,000 animals ready for slaughter in Germany 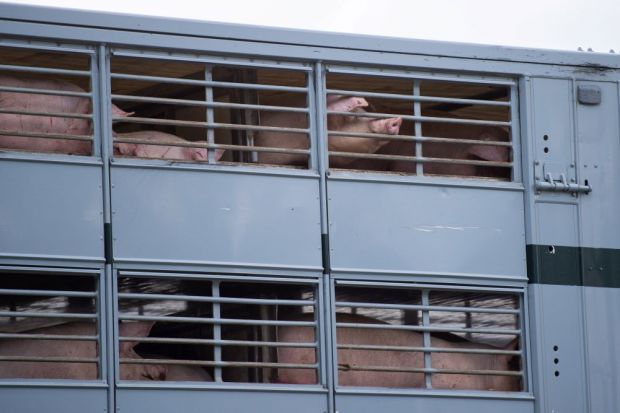 Slaughter animal dealers re-started to supply the slaughterhouse in Rheda.

After the strong deductions of 19 c in total in the two previous weeks, the Association of Producer Groups for Livestock and Meat (VEZG) was able to keep its slaughter pig quotation stable at the lowered level of €1.47 per kg carcass weight (cw) last Wednesday.

The four-week lockdown at Tönnies in Rheda-Wiedenbrück is likely to have accumulated around 400,000 animals ready for slaughter by now, according to the Interest Group of German Pig Farmers (ISN). The VEZG reported accordingly that the available supply quantities on the German slaughter pig market continued to exceed the required demand. In the case of its member companies, the number of units to be marketed was recently a good 20% above the normal level.

The resumption of slaughtering at Tönnies is an encouraging signal for pig farmers, but analysts estimate that it may take weeks to reduce the overhang. Moreover, the ramp-up of production in Rheda is anything but smooth. Not only at Tönnies, but also in other slaughterhouses, the existing processing capacities cannot be fully utilised due to the tightened hygiene regulations. Moreover, according to market observers, there have recently been sales problems on the German meat market. Consumers have apparently been reluctant to make purchases due to the negative reports on the meat industry.

In many cases, large price reductions had to be granted for cuts. The problem remains that Tönnies in Rheda-Wiedenbrück, but also other slaughterers in Germany and the European Union, are closed to the Chinese market due to the corona problem. This means that an important sales channel for exports to third countries will be lost. All in all, however, the reopening of Germany's largest pig slaughtering and cutting plant is certainly a stabilising factor for the market.