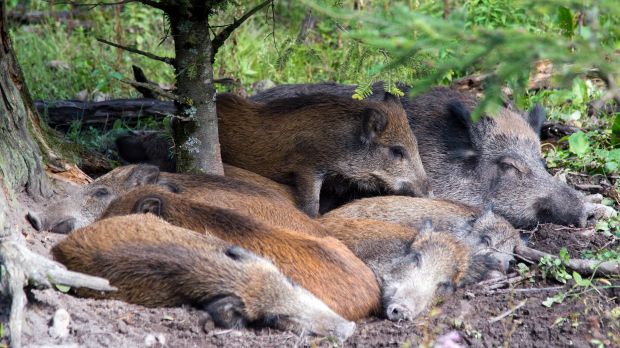 Since the beginning of the year 5,700 dead boars infected with ASF were found in Poland.

POLAND, Warsaw. In Poland, the situation has further deteriorated this year - pig farmers are calling for more support to cope with the crisis.

In contrast to previous years, there is little sign of an easing of African swine fever (ASF) in Poland this autumn. The Supreme Veterinary Authority confirmed more than 50 new cases of African swine fever in feral pigs last week alone. This means that since the beginning of the year, 3,608 wild pigs have been found in the wild with a total of more than 5,700 dead animals. The previous year's level of 2,500 official cases has thus long been exceeded. In comparison, 150 cases were detected in wild boar in Germany up to 20 November.

By the end of the year, the statistics should therefore reach new record levels in the foreseeable future. This also applies to outbreaks of disease in domestic pigs, of which a good 100 cases were already registered in October, more than twice as many as in the whole of 2019. The number of pigs culled under epidemiological regulations could also double the previous year's figure of around 35,000 animals.

Polish pig producers are therefore under severe pressure, partly because of the corona-related market distortions. In response, the government in Warsaw had already launched an emergency aid programme for the most affected farms. However, according to the National Association of Pig Producers (POLPIG), this aid will be far from sufficient.

The association recently pointed out that the Polish pig market was on the verge of collapse with producer prices of less than €0.90 per kg. Part of the already full market was further depressed by deliveries of animals for slaughter from Germany. The association therefore calls for additional aid measures such as the use of private storage (PLH) or support programmes for domestic meat products.