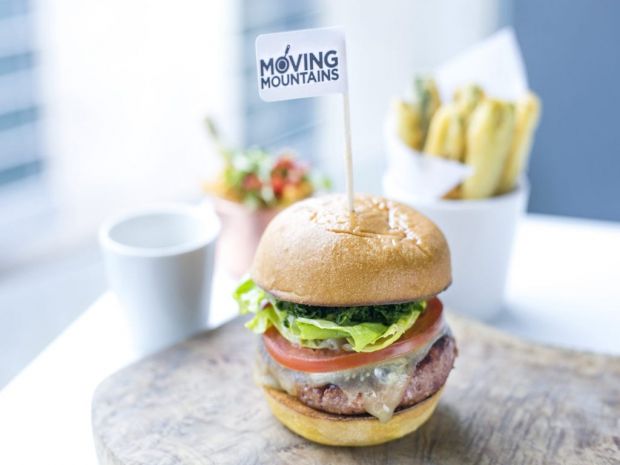 Each burger is rich in vegetable protein, vegan and free of antibiotics and hormones.

British consumers are familiar with Moving Mountains Burger because it has attracted considerable media attention and recently announced that it has secured distribution in over 1000 British restaurants in a single year. The success and rapid growth in the UK makes expansion into the rest of Europe a logical next step for the company.

Moving Mountains has spent more than three years developing its vegetable burger that sizzles, smells, bleeds and tastes like meat. It involved a team of leading scientists, top chefs and farmers and over 500 test recipes were needed to develop this end product. The company believes this will be one of the most impressive nutritional inventions of the century.

Each burger is rich in vegetable protein (e.g. the 6oz burger contains 25g of vegetable protein), vegan and free of antibiotics and hormones. The main ingredients of the Moving Mountains burger are oyster mushrooms, pea, wheat and soya proteins and oats. The beetroot juice produces an authentic 'bleed' and the addition of vitamin B12 makes the burger a source of essential nutrients.

Aimed at the constantly growing number of meat reducers and flexitarians, the burger can also be enjoyed by vegans and meat lovers alike. Moving Mountains is developing several other alternative meat products that resemble animal meat in appearance, taste, smell and bite and that anyone can enjoy.