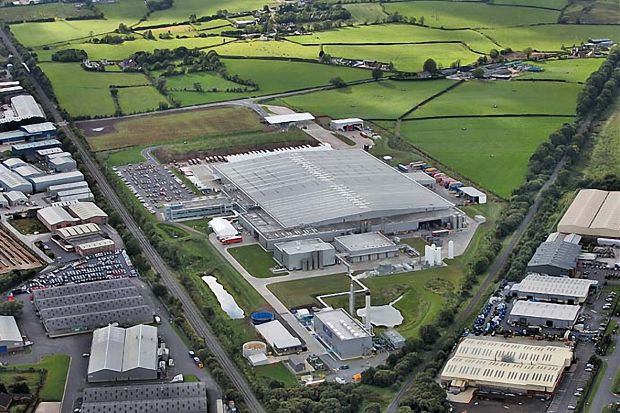 "We are pleased to announce the acquisition of Moy Park, which will position Pilgrim's to become a global player, with an improved and more stable margin profile on the chicken business and an expanded portfolio of prepared foods," said Bill Lovette, Pilgrim's Chief Executive Officer. Mr. Lovette continued, "We welcome the talented Moy Park team members and management team, led by Janet McCollum, to Pilgrim's, and we look forward to working closely with them and their family farm partners to drive growth and deliver value for our shareholders."

Since its founding in Northern Ireland in 1943, Moy Park has established a strong reputation for providing fresh, high-quality and locally farmed poultry products, as well as a track record of delivering top quartile profit growth. As a top 10 UK food company and one of Europe's leading poultry producers, Moy Park brings to Pilgrim's a fully integrated, market-leading platform with more than 800 farmers across the UK. Moy Park processes more than 5.7 mill. birds per week and has 13 processing plants located in the UK, Ireland, France and the Netherlands supplying major food retailers and restaurant chains in the UK and Continental Europe. Pilgrim's anticipates incremental annual revenue of approximately $2.0 bn. as a result of the transaction.

Pilgrim's expects to achieve approximately $50 mill. in annualized synergies over the next two years, primarily from the optimization of sourcing and production, and cost savings in purchasing, production, logistics and SG&A. Pilgrim's expects the combination to be immediately accretive to earnings per share.

Moy Park is one of the UK's top 10 food companies, Northern Ireland's largest private sector business and one of Europe's leading poultry producers. With 13 processing and manufacturing units in Northern Ireland, UK, France, the Netherlands and Ireland, the company processes 5.7 mill. birds per week, in addition to producing around 200,000 tons of prepared foods per year. Its product portfolio comprises fresh and added-value poultry, ready-to-eat meals, breaded and multi-protein frozen foods, vegetarian foods and desserts, supplied to major food retailers and restaurant chains in the United Kingdom and Continental Europe.
Source: Pilgrim’s Pride