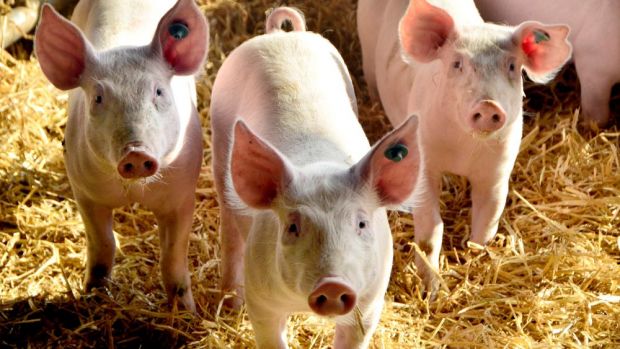 The use of the "gene scissors" resulted in pigs that carry a male chromosome set but exhibit female sex characteristics. (Archivbild)


At the German Institute of Farm Animal Genetics of the Friedrich-Loeffler-Institut (FLI), scientists have succeeded in genetically modifying pigs so that they develop female sexual characteristics despite having a male chromosome set. This could provide a future alternative to piglet castration, which should prevent the "boar odor" of the meat of uncastrated male fattening pigs, which is unpleasant for some people. 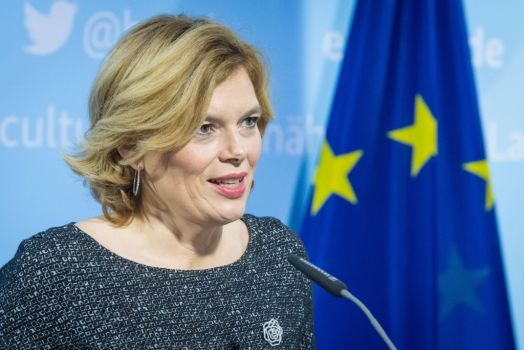 The study, published in the scientific journal Proceedings of the National Academy of Sciences of the United States of America (PNAS), describes the generation of genetically modified pigs in which a specific region of the Y chromosome was switched off. This is the "high mobility group (HMG) domain," a central unit within the SRY gene that has a key role in early embryonic sex determination. Under the scientific supervision of Dr. Björn Petersen, Stefanie Kurtz used the CRISPR/Cas system to knock out this HMG domain as part of her PhD work. The use of the "gene scissors" resulted in pigs that carry a male chromosome set but exhibit female sex characteristics. 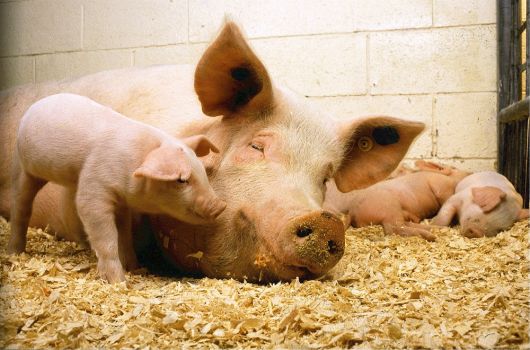 This showed that the sex organs in genetically modified nine-month-old pigs remained significantly smaller compared to female controls of the same age, and the animals were infertile, suggesting the involvement of additional genes in sex organ differentiation. "The results could provide the basis for a possible alternative to surgical castration in commercial pig production to prevent boar taint," said Dr. Björn Petersen. However, human medicine could also benefit. Due to the genetic, physiological and anatomical similarities between pigs and humans, new research approaches on developmental disorders would also be possible in humans. In mice, it has already been shown that SRY plays an important role in the formation of the male sex. However, it was previously unknown which areas of the SRY region are responsible for sex determination and whether this also applies to other mammals. 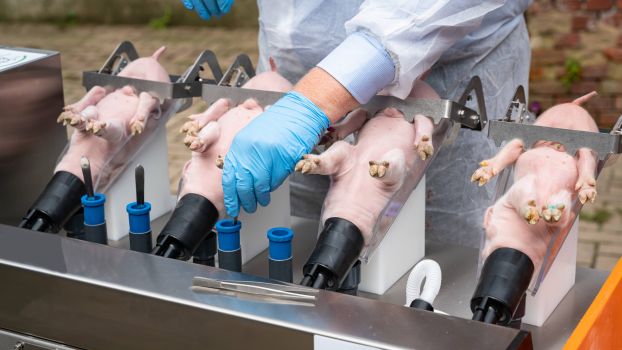