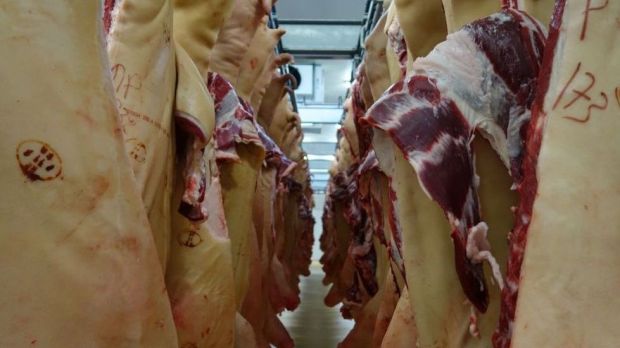 Photo: jus
EFSA highlights the lack of skills and/or training of the staff working in slaughtering as a serious welfare concern.
Related Topics:

fleischwirtschaft.com — ITALY, Parma. Most of the hazards related to welfare of pigs at slaughter are due to inadequate staff skills and poorly designed and constructed facilities. That is one of the main conclusions of EFSA’s latest advice on welfare of animals during the slaughter process. EFSA highlights the lack of skills and/or training of the staff working in slaughtering as a serious welfare concern.
Facebook
Twitter

The scientific opinion is the latest in a series of updated assessments on animal welfare at slaughter requested by the European Commission. It proposes measures to address the welfare hazards most commonly associated with the slaughter of pigs for food production and follows similar opinions on poultry and rabbits. A further opinion on cattle will follow later this year.

The comprehensive overview on pigs covers the slaughter process from arrival and unloading of pigs through stunning to bleeding and killing. It identifies a number of hazards that give rise to welfare issues – such as heat stress, thirst, prolonged hunger and respiratory distress – and proposes preventive and corrective measures where possible.

„As part of its new Farm to Fork strategy, the European Commission is reviewing current provisions on animal welfare, with the aim of creating a more sustainable food system in the EU.“
Marta Hugas, EFSA’s Chief Scientist

As with the previous opinion on poultry, most of the hazards – 29 out of 30 identified – are the consequence of staff failings due to factors such as lack of training and fatigue. Preventive measures can be put in place for all the hazards, EFSA says, with site management identified as having a crucial role to play in prevention.

The scientific opinions on slaughter are based on the latest available scientific knowledge and are being developed in consultation with animal welfare experts from EU Member States.

The findings will be used by the European Commission in discussions with the World Organisation on Animal Health (OIE) aimed at aligning approaches to animal welfare at slaughter.