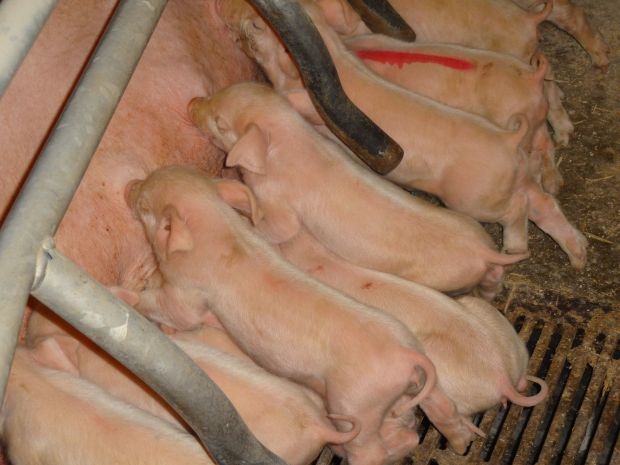 CANADA, Saskatoon. In less than a year, University of Saskatchewan (U of S) scientists have developed and tested a prototype vaccine that could protect the North American swine industry from a virus that has killed more than eight million pigs and cost more than $400 mil. in lost income since 2013.

The Porcine Epidemic Diarrhea Virus (PEDV) hit the United States in 2013 and spread to Canada in 2014. It was first discovered in Europe, and has become increasingly problematic in Asian countries. Occurring only in pigs, PEDV can kill up to 100 per cent of infected piglets. PEDV is a coronavirus, a virus group which includes important emerging human diseases such as SARS and MERS.

“Our new facility, InterVac, provided us with the containment infrastructure to develop a vaccine and demonstrate it protected up to 100 per cent of the piglets,” said Dr. Volker Gerdts, VIDO-InterVac’s research director. The successful vaccine results triggered the interest of several animal health companies including Huvepharma, which has partnered with VIDO-InterVac to develop the technology for commercial production in North America.

With the support of the swine industry, the vaccine is now undergoing field testing in Saskatchewan, as well as in Manitoba where it is being used to help protect piglets from a recent PEDV outbreak.

The PEDV vaccine development project has been supported by a variety of funders including the Government of Saskatchewan (ADF), Sask Pork, and the Canadian Swine Health Network.
Source: University of Saskatchewan