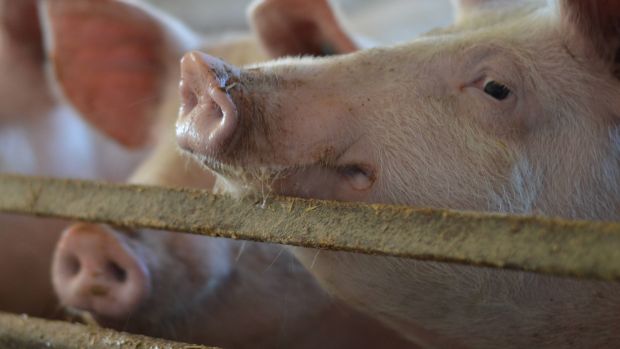 Shortly before the turn of the month the trade in slaughter pigs picks up again.

LUXEMBOURG. After a decline in 2018, the number of pigs in Europe does not seem to have decreased further in 2019. However, the figures from the country with the largest herd are still missing.


High demand and increased prices for slaughter pigs have had a positive impact on the EU pig population. After the number of animals in the remaining 27 member states (excluding the United Kingdom) fell by 1.35 percent from 2018 to 2019 to 147.1 million, there are signs that the reduction in the number of pigs will come to an end in 2019. Recent figures from Eurostat show that herds have been increased in many countries, but the results of the November and December censuses are not yet available from all countries.

Data are not yet available from Spain, which had the largest herd within the EU in 2018 with 30.8 million pigs. In the 26 member states for which values are available, the number of pigs fell by 0.6 percent to 116.7 million animals. If Spain maintains the pace of the past few years in building up its herds, the EU 27 could end 2019 with stable figures. From 2017 to 2018, Spain increased the number of pigs by 2.8 percent to 30.80 million animals.

Increase in the United Kingdom and Serbia

Statistics show an increase for the United Kingdom, where the number of pigs grew by 1.7 percent to 4.73 million in 2019. Serbia reports an increase of 4.3 percent to 2.90 million pigs. The sharpest declines in pig numbers were in the countries affected by African swine fever (ASP), Hungary (minus 8.3 percent) and Bulgaria (minus 24.9 percent). Germany and Belgium with a minus of 2.0 percent and France with a minus of 1.7 percent are also among the losers.

Denmark, after a long period of reducing its herd, increased by 0.7 percent to 17.73 million pigs. In percentage terms, the herds in Sweden (4.5) and Ireland (5.6) grew most strongly. Despite the problems caused by African swine fever, Poland managed to increase its herd by 1.7 percent to 11.22 million pigs.