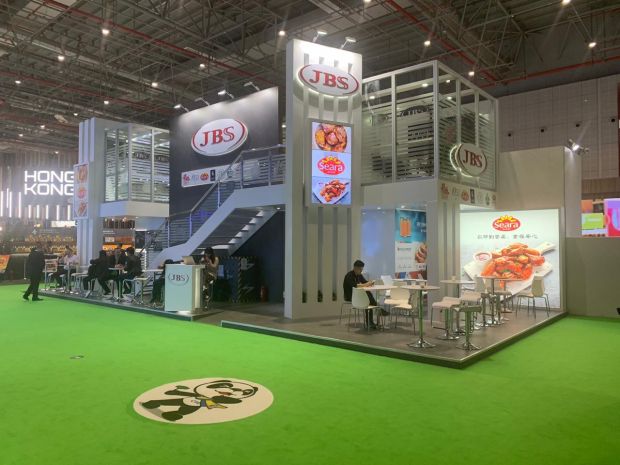 The company closed deals worth over $3.4 bn. during the China International Import Expo (CIIE) held in November 2018, in Shanghai.

BRAZIL, Sao Paulo. JBS has confirmed it will be attending the second edition of the China International Import Expo (CIIE), which is considered China’s biggest business fair. In 2019, the company plans to increase the size of its stand by 50%, from 100 to 150 m². It plans to present the full portfolio from all of its businesses, including JBS Carnes, Seara, JBS Novos Negócios and JBS Australia.


This year, JBS hopes to prospect for new business during the fair and expand on existing partnerships with Chinese customers, expanding its portfolio in each of its sales channels. China is currently one of JBS’s biggest export markets and represents over 20% of all company exports.


During the Business Forum that was organized during the second edition of the China International Import Expo, held last December at the Hotel Intercontinental in São Paulo, JBS executives had an opportunity to share their impressions of the fair with other Brazilian executives.

The second edition of the CIIE will be held in November 2019 at the Shanghai National Exhibition and Convention Center, focusing on five main themes: Food, Consumers, Equipment, Health and Services. Over 270,000 m² will be available indoors and an additional 30,000 m² available outdoors where exhibitors will be able to prospect for new business in one of the world’s biggest markets.