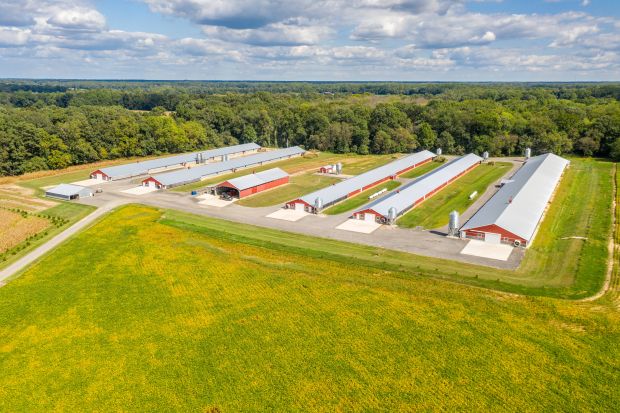 fleischwirtschaft.com — USA, Greenwood Village. Over the past months, every rural industry has grappled with how to adjust its business to remain relevant and sustainable in the pandemic. Agricultural supply chains have been massively disrupted and lost revenue.
Facebook
Twitter

2020 will go down as a year when many American businesses were shaken. But economic recovery may now favor rural communities for the first time in several years. Unlike previous recessions, low population density is now vital for economic resilience in the face of Covid-19. CoBank’s Knowledge Exchange division has just released its quarterly report, Rural Industries Adapt to Coronavirus Reality.

The analysts are sure that more challenges lie ahead before the world is free of the pandemic, and life can return to some new sense of normalcy. But what will that new sense of normalcy look like? It is obvious that the customers significantly changed what and where they eat, and it becomes increasingly unlikely with each passing month that habits formed will completely fall away when the virus becomes dormant.

Chicken is used to a volatile market

US chicken plants endured far less Covid-19 disruption in the second quarter than either beef or pork. In fact, Cobank expects chicken production to be down only 1% in the quarter relative to a nearly 10% decline in red meat production. While chicken producers have been able to manage through their production disruptions, demand has been volatile. The chicken sector swiftly filled retail meat cases when demand shifted from foodservice and the red meat supply dropped. This dynamic put chicken prices on a rollercoaster ride for the last few months.

Shifting concerns of the beef market

After beef packing plant capacity fell to historic lows in late April beef production and prices have returned to pre-pandemic levels. All beef plants are now back online and industry plant capacity has been operating around 95% of pre-Covid levels. Concern is now shifting from supply to demand.

Food service traffic improved as most US states started easing “stay home” orders but many social distancing restrictions remain. This means ongoing challenges for the dine-in, full-service sector, which especially hurts the beef complex. With tens of millions of Americans losing jobs during Covid-19 and government payments appearing to decline in the coming months, beef prices will likely be further tested this summer.

Though beef production fell more than 10% in the second quarter, the analysts at CoBank still expect modest supply growth in 2020. Fed cattle weights have hovered 5% to 6% above prior-year levels in May and June and will likely continue well above normal through the summer. It is now expected that US beef production to grow 1% in 2020, down from previous estimates of 2% growth.

Before April, few could imagine a supply chain shock where US pork production could fall by nearly half yet climb back to above prior-year levels two months later. In fact, pork production in the last week of the quarter was up more than 10% above the same week a year ago as the industry is beginning to work through the backlog of hogs.

The analysts estimate that nearly 3 million pigs that were supposed to come to market in the second quarter did not, as plants trimmed capacity amid coronavirus shutdowns and slowdowns. Unfortunately, it is known that some of the pigs were euthanized, but pork producers found ways to hold back some of their livestock. How many of those “under-processed” pigs will come to market this summer is still anyone’s guess, but it is expectet that the second quarter’s supply chain disruptions will affect pork supplies later in 2020 and create long-term implications for producers beyond that.

Second quarter pork exports remained strong even though the shipment pace slowed somewhat from the first quarter. CoBank estimates US pork exports were up 20% in the quarter, an increase driven almost entirely by shipments to China. China is in the midst of rebuilding its hog herd after African Swine Fever wiped out more than half of its pork supply in 2018 and 2019 and animal protein shortages in China and Southeast Asia continue.