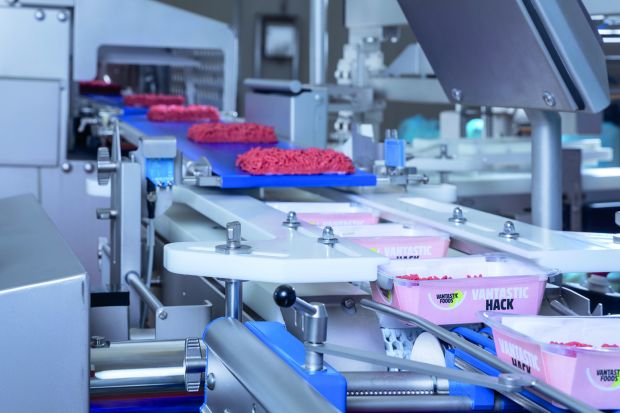 Ponnath chose eTray as the optimal packaging solution for their new product.

THE NETHERLANDS, Harderwijk. The new eating habits and trends motivate even the most renowned meat producers, such as Ponnath GmbH in Germany, to expand their product range. The company Absolute Vegan Empire (AVE) from Nabburg in Bavaria has been part of the Ponnath Group since 2017.

Under its brand Vantastic Foods, vegan products such as Vantastic Fish Fingers and Vantastic Burger have conquered the retail shelves. As its latest development, the company has now launched vegan minced meat to the market. It is made on the basis of soy proteins and other herbal ingredients, such as coconut fat and natural spices, but does not differ in appearance, sense or taste from traditional minced meat. As such, it was able to convince consumers in numerous independent tastings.

Ponnath chose eTray as the optimal packaging solution for their new product. eTray is a joint development of packaging specialist Sealpac and tray manufacturer Jaun-Neoform GmbH. The tray they developed is suitable for modified atmosphere packaging and consists of two components: a high-quality cardboard base, which can be printed on both sides, and a plastic inner layer that purely provides the sealing and barrier function.

To create a resource-saving solution, the inner layer is produced from mono PP instead of PET. Therefore, the concept fulfils the latest guidelines in German food retail, which requires packaging materials based on polyolefins.